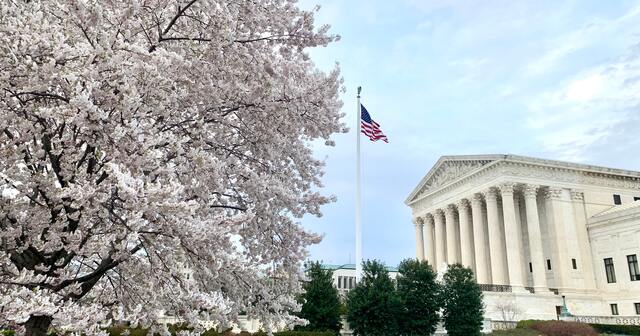 This week, the United States Supreme Court issued a landmark decision protecting the privacy of individuals who support nonprofit organizations.

The case, Americans for Prosperity Foundation v. Bonta, challenged a California requirement that any charity seeking to solicit funds must disclose its major donors to the state attorney general. This requirement was imposed by Vice President Kamala Harris when she was California’s attorney general. In a 6-3 ruling, the U.S. Supreme Court held that “California’s disclosure requirement is facially invalid because it burdens donors’ First Amendment rights and is not narrowly tailored to an important government interest.”

The case included a related lawsuit filed by the Thomas More Law Center. Evidence from the two trials revealed that thousands of charities that filed disclosures had their records leaked. Some identified donors subsequently received death threats for supporting these organizations. More than 300 charities of all ideological stripes, including the Mackinac Center, filed briefs arguing the donor-disclosure rule was dangerous and violated the U.S. Constitution. The Supreme Court agreed.

The court rejected California’s claim that it was collecting the donor material so as to aid in the prevention of fraud, noting “there was not ‘a single, concrete instance in which pre-investigation collection of [the donor data] did anything to advance the Attorney General’s investigative, regulatory or enforcement efforts.” Thus, the Supreme Court held no state could have such a rule. This will help protect charitable donors from harassment and threats.

The ruling builds on the precedent established by the U.S. Supreme Court in a 1958 case, NAACP v. Alabama. That case arose from the state of Alabama seeking the NAACP’s membership lists as part of an effort to intimidate supporters and stop the group from operating in the state. But a unanimous court ruled that "immunity from state scrutiny of petitioner's membership lists is here so related to the right of petitioner's members to pursue their lawful private interests privately and to associate freely with others in doing so as to come within the protection of the Fourteenth Amendment." The members’ constitutional rights of free speech and free association trumped the state’s justification for demanding the membership lists.

The Mackinac Center was one of 35 public policy organizations that signed onto an amicus brief spearheaded by our friends at the Buckeye Institute. The Court’s ruling upheld our argument that “the version of ‘exacting scrutiny’ in [the NAACP case] applies to nonelectoral associational privacy claims.”

Three years ago, the Mackinac Center promoted Michigan Senate Bill 1176 to prohibit state or local government agencies from requiring nonprofit entities to disclose personal information of their members, supporters, volunteers and donors. The bill passed both chambers of the Legislature and Michigan was on the cusp of being the first state in America to proactively and explicitly offer this protection. But then-Gov. Rick Snyder vetoed it in one of his final acts in office, claiming it would “impair the executive branch’s ability to effectively protect the donors of organizations” and that it was “a solution in search of a problem that does not exist in Michigan.”

Even with the Supreme Court’s ruling, it should be expected that some politicians and their supporters will continue to push for governments to force organizations they disagree with to reveal their private donors. The Mackinac Center is working with allies to review the opinion and determine if additional measures beyond this ruling are necessary to protect the personal information of those who support nonprofit organizations.