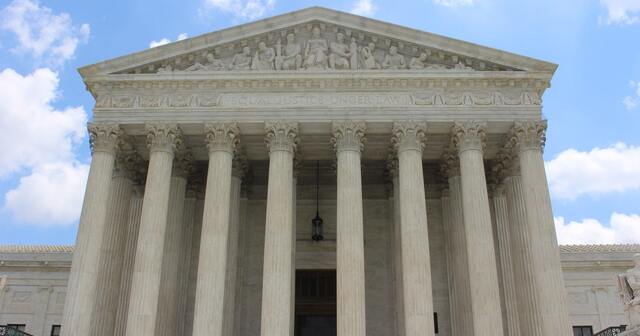 Will this have an effect in Michigan?

In a recent U.S. Supreme Court case, justices ruled unanimously that the U.S. Constitution’s prohibition on “excessive fines” applies to the states and the federal government. It can also be considered in cases of civil asset forfeiture.

The background of the case is that an Indiana man used an inherited life insurance policy to purchase a $42,000 Land Rover. He was later arrested and convicted of drug dealing. His criminal sentence carried a maximum fine of $10,000, but he ended up only paying $1,200 in fines. Despite the value of the vehicle exceeding this maximum amount, and the man showing how he was able to purchase it with funds that were not connected to his criminal activity, law enforcement officials took ownership of his vehicle anyway. The court ruled that this was grossly disproportionate to his offense and violated the Eighth Amendment.

The state of Indiana first argued that the excessive fines clause does not apply to the states, a position which the Indiana Supreme Court upheld. The U.S. Supreme Court majority opinion disagreed with this. It also noted, “As a fallback, Indiana argues that the Excessive Fines Clause cannot be incorporated if it applies to civil in rem forfeitures. We disagree.”

Michigan law currently allows for law enforcement officials to seize and take ownership of property without charging anyone with criminal activity. The state’s largest county, Wayne County, pulls people over in areas of known drug use or as they leave medical marijuana facilities and seizes their vehicles, charging them $900 to get them back or forcing them to fight these seizures in court.

In a recent case, law enforcement seized a man’s vehicle and held it for years before releasing it. A federal court ruled that it does not violate due process to seize property and not schedule a prompt hearing for a person to try and get it back.

Wesley Hottot, a senior attorney with the Institute for Justice, who argued the case before the U.S. Supreme Court, said, “Today’s ruling should go a long way to curtailing what is often called ‘policing for profit’—where police and prosecutors employ forfeiture to take someone’s property then sell it, and keep the profits to fund their departments. This gives them a direct financial incentive to abuse this power and impose excessive fines.”

For decades, civil asset forfeiture has been upheld at the U.S. Supreme Court. But this new ruling may be a sign that courts are starting to look unfavorably on the excesses this practice enables.