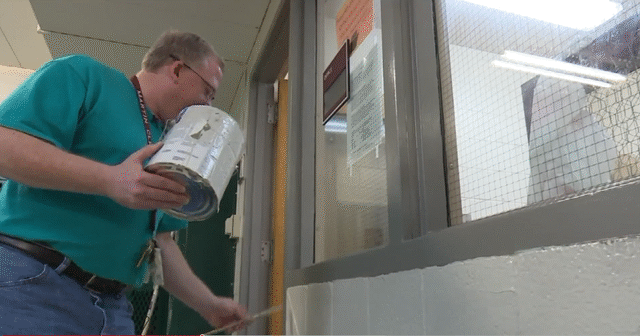 Painting isn’t dangerous and Michigan should eliminate its license

A West Michigan school superintendent is winning widespread praise, deservedly so, for spending his summer painting school walls to save the district money. Interestingly, if he were paid directly for this work, state licensing laws would make his effort illegal.

WXMI-TV of Grand Rapids reports that Martin Public Schools Superintendent David Harnish is working 90 hours a week this summer with a group of students to paint a school building. It hasn’t been painted in 17 years, and doing the work with the student helpers will save the district $150,000.

Since he is not being paid for this work specifically, Harnish does not need to be a licensed painter. But painting is one of the approximately 200 occupations licensed by the state of Michigan. State law requires a person wishing to earn a living by painting to be 18 years old, pay hundreds of dollars in fees and take 60 hours of coursework. Only about half of the 50 states require painters to be licensed, and most do not have education-related mandates.

Most people believe licensing laws exist to protect the public, but there’s no evidence that the states that license painters experience fewer paint-related harms. And it’s hard to see how this license requirement makes the public safer, considering it’s legal and common for people to paint their own homes. Plus, the licensing law isn’t strictly enforced anyway: Only about 425 of the 4,000 people who make their living as painters are actually licensed.

The Michigan House has voted through House Bill 4608, which would delicense painters and remove a potential obstacle for people who want to paint. The bill is sitting in the Senate, where it needs to be passed before the end of the year to become law. Harnish deserves praise for his work on behalf of students and taxpayers. Lawmakers would earn similar praise if they moved this bill forward and made it easier for Michiganders to employ their skills as painters.