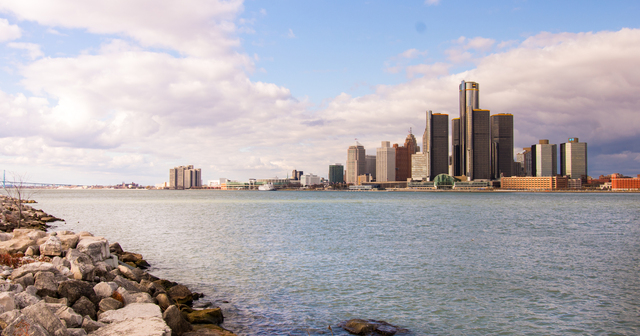 The Great Lake State shouldn’t just struggle to be mediocre

The Canada-based Fraser Institute has released its annual Economic Freedom of North America report, and Michigan is ranked at an uninspiring 34th among the states for economic liberty. This reveals a relatively poor set of policy choices that limit opportunity for our citizens.

The Fraser Institute has long worked to dispassionately measure economic liberty and study its consequences. It has done this for most nations around the world, for large regions and for subnational units of government, such as states in the U.S. and Mexico, as well as Canadian provinces.

The subnational index of the North American report is built upon three areas: taxation, spending, and regulation of labor markets. Each of these three areas contain a set of related variables. For instance, under taxation, the EFNA includes “income and payroll tax revenue as a percentage of income.” Under spending, the index measures state spending as a percentage of income, and labor market freedom includes things like minimum wage mandates, amount of government employment and union density.

Each subnational unit of government is scored on each variable, on a scale of zero to 10. The scores for the variables are added up and averaged for an overall index score.

Michigan’s overall score this year is 5.93, down from 6.0 from last year’s report. Its ranking is also down, three spots lower. We are sandwiched between number 32 (a tie between Illinois and Washington) and number 35, Ohio. Being able to barely outscore Buckeyes isn’t necessarily something to brag about. In the years since 1981, Michigan has ranked as low as 49th and as high as 29th.

The reader may wonder what a state’s position in the ranking means. Simply put: Economic freedom is good. It is associated with positive outcomes that people happily cheer for, including greater job prospects and more entrepreneurship, lower unemployment, greater economic dynamism, higher income and much more. You don’t have to have a stake in Michigan’s policy debates to appreciate these outcomes.

To date, more than 330 scholarly publications have drawn on data from the EFNA. The overwhelming majority find positive connections between economic liberty and outcomes like the ones listed above. In 2016 two researchers published an article of such studies: “Sub-National Economic Freedom: A Review and Analysis of the Literature.” They write that of the 155 studies they examined, 103 showed a positive connection between economic freedom and some good outcome like faster economic growth. Only one study showed “mostly bad” results.

Despite all the evidence that economic liberty matters to our economic prospects and well-being, many state officials work to restrict freedom.

Before pursuing new policies, lawmakers should ask themselves if their proposed legislation or amendments will expand or limit economic freedom: Will the policy under consideration require taking more money from taxpayers? Will it increase government employment in areas unrelated to the provision of true public goods? Will it raise the cost of adding to private sector payrolls?

The Great Lake State shouldn’t just struggle to be mediocre. Instead, our economy should flourish. The road to prosperity is not found in expensive state micromanagement but in a society where people have greater freedom to live as they see fit, with their families and others, for their good and the general welfare.