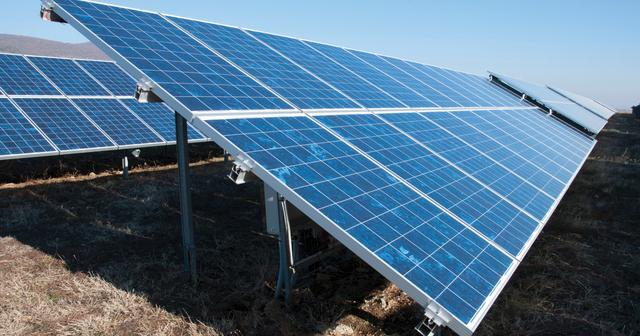 Recently, the Mackinac Center received an email from a Michigan high school student who was researching air pollution and its impacts on the natural environment. Some research for a biology class led the student to believe the state was facing a growing problem with air pollution. The student’s response was to propose forcing businesses to use less fossil fuels, stop using internal combustion engines, install more solar panels, and use more “bio-friendly factories and machines.”

We thanked the student for reaching out and offered words of encouragement to continue working on these important energy and environmental policy issues. In response to the query, we offered a few thoughts on the student’s proposal.

To begin, we needed to determine whether our air today is cleaner or dirtier than it was in the recent past. If it is more heavily polluted, we might need to accept higher costs and more stringent regulations to help with cleanup efforts. But if our air is cleaner, imposing expensive new regulations could have far-reaching, negative social and economic impacts while delivering limited environmental benefits.

Although media headlines regularly trumpet stark and frightening stories about toxic air, EPA data demonstrates that Americans enjoy some of the best air quality in the world. Since 1970, levels of the six main pollutants tracked by the EPA — pollutants that can harm human health or damage property — have dropped by 74%. Those improvements have occurred despite the fact that we are driving more miles, we’re using more energy, our economy is growing, and population is increasing. Additionally, the U.S. Energy Information Administration reports that in 2018, our carbon dioxide emissions were 13% below 2005 levels. Those are encouraging numbers.

Next we asked what it would cost to replace our existing machines and factories, or to transition to renewable energy sources — similar to a proposal made by New York Rep. Alexandria Ocasio-Cortez in her Green New Deal.

One study by the American Action Forum estimated the full Green New Deal would cost the American taxpayer as much $93 trillion. But the predicted price drops to $8.1 trillion if we only consider moving to a “low-carbon electricity grid” and “net zero emissions transportation system.” That transition would set each American household back about $400 to $500 per month over the next 10 years.

Next we needed to determine whether renewables could actually generate enough electricity to power all of our factories, machines and transportation. The U.S. Energy Information Administration reported that in 2018, Michigan residents and businesses relied on fossil fuels for almost 66% of their electricity. Nuclear, an energy resource that does not emit CO2 but which is pooh-poohed by many progressive green groups, provided just over 26%. So to transition to a fully renewable electricity system, Michigan residents would need to spend tens of billions and carpet the state with wind turbines and solar panels, all in the effort to replace 92% of our electricity supply. That’s not even remotely feasible.

Lastly, we needed to determine whether renewable options are actually better for the environment than existing options. Not surprisingly, they drop the ball on this issue too.

Mark Mills of the Manhattan Institute discussed the high environmental costs of moving heavily to renewables in a recent Wall Street Journal essay. He noted that to build just one wind turbine, you need “900 tons of steel, 2,500 tons of concrete and 45 tons of nonrecyclable plastic.” Solar panels take even more materials. Mills pointed out that the switch would require us to greatly expand the mining and refining of metals and rare earth minerals, an idea which would encounter loud opposition from most environmental groups. As if that wasn’t enough, another study by Environmental Progress, a California-based environmental group, pointed out that “solar panels create 300 times more toxic waste per unit of energy than do nuclear power plants.”

The student’s proposal, then, fails on three accounts. First, Americans currently enjoy much cleaner air than we have in the past. Second, the overall costs of transitioning from our current system of energy to a renewable system would cause immense damage to the state’s economy, setting back families and small businesses. Third, switching our energy systems to use only renewables would do serious damage to the natural environment.

In every sense, the research materials this student relied on failed to provide accurate or balanced information, and it prompted proposals that would do far more damage than good. We were very glad to have received the email because it is clearly important that we all need to do a much better job of educating our youth.