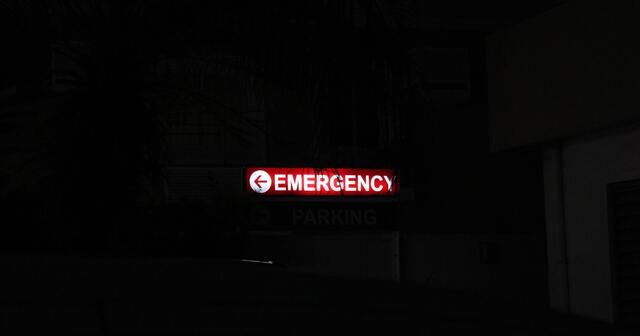 Powers should not be used for a prolonged period of time

Editor's Note: This article first appeared in The Hill on February 27, 2021.

States should reevaluate their laws that grant governors emergency powers. As a result of COVID-19, nearly every state has been under a declared emergency for nearly a year. These laws may have served states well in the early days of the pandemic, enabling governors to take immediate action to protect public safety. But they should not be used for such a prolonged period, because they tip the balance of power towards the executive branch and undermine legal protections of our constitutional rights.

Most states’ emergency laws provide governors with extraordinary powers that would not be permitted during normal times. Many governors may issue new edicts, rewrite state laws and suspend the constitutional rights of individuals. All it takes is a stroke of a pen — most need not confer with any other elected officials or government body before putting orders in place. And in some states, violating an emergency order is a criminal offense.

While these are broad and autocratic powers, there is a legitimate need for them. History teaches that, at times, public safety is best protected when governments can react quickly to certain types of threats. Emergency laws provide governors this ability. But they should be used with extreme caution and only when the normal lawmaking process cannot respond in time to safeguard the public.

Early in the COVID-19 pandemic, when little was known about the coronavirus and death tolls were rising quickly, it was appropriate and necessary for governors to invoke these powers. But as we’ve learned more about how to mitigate the harms of this pandemic, the case for their continued use weakens with each passing day.

And yet, nearly every state remains under an emergency declaration. One reason for this stems from a policy aimed at ensuring state and federal money allocated for emergency purposes is used appropriately. Some federal and state laws stipulate that relief funds can be used only when an emergency has been declared. Few governors want to risk turning off the spigot of extra funding, so they repeatedly extend these declared emergencies.

Policymakers should reform emergency laws so they make a distinction between a declared emergency for the purpose of qualifying for relief funds and those needed to grant governors extralegal powers. The former is a formality and there’s little concern with prolonging these types of emergency declarations. The latter, however, should be allowed only in extraordinary circumstances and for an explicitly limited period.

A related problem with current emergency power laws is that they afford governors too much latitude in determining when emergency conditions exist. In most cases, governors simply have to provide some rationale for triggering these powers and that decision is virtually unassailable, at least based on how courts have historically treated these declarations. States should require certain conditions or thresholds be met before governors can invoke these powers. These need not be overly formulaic — they just need to provide some basic conditions that must exist before governors can grant themselves emergency powers.

This is especially important in the case of pandemics. As long as the coronavirus is actively detected, governors seemingly have all the rationale they need to use extraordinary powers. And because COVID-19 can result in death, they can argue these powers are needed to “save lives,” the ultimate moral standard. Like influenza viruses, it is likely that the coronavirus causing COVID-19 will exist in the population in some form for the foreseeable future, maybe longer. Without firm standards for when an emergency can be declared, governors could argue to maintain their special powers for however long they choose.

States should also consider requiring governors and other government officials to follow the preparedness plans. One of the most astonishing aspects of the response to COVID-19 is that nearly every governor entirely ignored the plans state health officials and other experts created for dealing with a pandemic. Instead, most governors crafted their own ad hoc policies, essentially making them up on the fly. The result is a smorgasbord of different policies across the states, adding to citizens’ confusion and frustration as they try to navigate these new mandates and restrictions.

The Merriam-Webster dictionary defines “emergency” as “an urgent need for assistance or relief.” While there are still many challenges presented by COVID-19, after a full year of dealing with it, there is no longer an urgent need for immediate action and states need not be operating as if they are in the throes of a year-long emergency. That doesn’t mean states must give up trying to limit the effects of COVID-19, but it does mean they should return to the regular lawmaking process that is constitutionally required and designed to protect our civil rights.