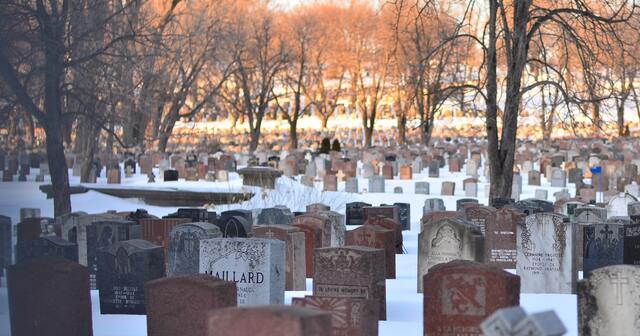 Policymakers should review areas where licenses are required

In 2018, two Detroit funeral homes made national news when they were found to be violating state laws and even improperly storing the remains of dozens of infants. Michigan’s licensing agency is suspending their licenses and attempting to permanently ban their operators from ever being licensed again. But these incidents demonstrate how limited licensing laws can be in protecting the public.

The Perry Funeral Home was found to be “storing remains in a disrespectful manner, possessing [bodies] without authorization and filing false death certificates,” according to an investigation by the state. The remains of 63 infants were found in the home, the vast majority possessed without authorization. The funeral home allegedly also billed Medicaid and the Detroit Medical Center for burying the remains, which it obviously did not do.

The Cantrell Funeral Home also was the target of state and local investigations, and it was found be in violation of many state laws as well. According to a Detroit Free Press report, the home had “deplorable, unsanitary conditions.” Local police and state investigators found mummified fetus remains stored in a ceiling and other evidence of improperly stored bodies.

In both cases, criminal investigations are ongoing.

Requiring these funeral home operators to get a state funeral license and some employees to have occupational licenses failed to prevent these abuses. In fact, it may have protected the businesses from competition by insulating them from other potential operators. There will always be a few bad apples, no doubt, but these examples of egregious abuses should spur policymakers to reflect on the limitations and effectiveness of the state’s licensing laws.

Most businesses are regulated not by licenses, but by reputation. Consider how you choose common services — say a barber or a doctor. Do you pull up a state licensing report on the company or person? Or are you more likely to listen to the opinion of your family and friends, browse reviews on the internet and use name-brand recognition as a guide? Almost all of us rely on the latter, suggesting that it makes little difference to consumers if a company has a state license or not.

This is not to say that the state shouldn’t require licenses for some occupations. There certainly are some occupations and industries where licensing makes sense and helps reduce the risk of harm to consumers or the general public. But these are the exceptions, not the rule.

Currently, the state requires licenses for so many occupations that Michigan’s Department of Licensing and Regulatory Affairs, the agency charged with overseeing and monitoring state licenses, cannot do its job well. It can’t actively work to prevent abuses, like the ones allegedly carried out by these funeral homes.