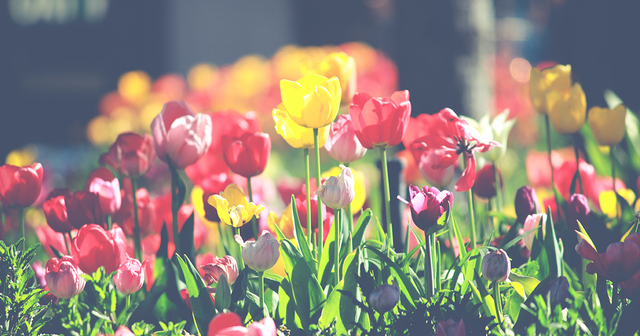 Solar Subsidies Are More than 'Fair'

It’s no surprise that taking a stance on a contentious issue will bring on cutting critiques. Emails pointing out a perceived error on a public stance are to be expected. Some contention may also arise when readers see a Mackinac Center blog post that sides with the Michigan Public Service Commission. It’s unusual, but it does happen because the Mackinac Center strives to be pro-free markets as opposed to pro-business. So, when a business veers from free markets into seeking special favors and protections, we will find ourselves on the opposite side — even if it means agreeing with a government agency.

For example, we recently received an email response to our post on the public service commission’s April 18 ruling on net metering. The bulk of that email follows.

Imagine if you have a garden in your back yard and the state mandates that you must sell to the grocery store any excess vegetables at whatever price they want to pay you. Is that fair? This is what this tariff does but worse is that this happens every minute of every day (so if you harvest on the weekend and you have excess you cannot put it in the fridge you must sell the vegetables to the utility at a discounted rate). And the store gets to keep the profit of selling your vegetables to your neighbor.

The garden analogy is a worthwhile attempt to put the net metering issue into more easily understood terms. Our critic also offers a valid critique of the oppressive and market-disrupting nature of Michigan’s regulated utility system. There is no doubt that forcing a government-protected, monopoly electricity system into the lives of Michigan residents gives us all less choice, as well as less reliable and more expensive electricity. But, the correct response to the monopoly utility problem is not more government intrusion and market disruption. Piling on additional costs and interferences is a recipe for more failure. The correct response is to advocate a larger role — not a smaller one — for free markets. On that note, the critique needs a few clarifications to help the analogy better reflect reality.

First, in real life, Michigan’s renewable portfolio standard mandates the state’s people and businesses obtain 15 percent of our electricity from renewable sources by 2021. To use the analogy, the state government has set aside 15 percent of the writer’s imaginary grocery store for organic farmers, and only they can sell their produce in that section. To extend the analogy a bit further, the people shopping at the imaginary grocery store MUST buy this organic produce first – regardless of the cost. In fact, they are legally barred from buying any other products from the store unless they meet the 15 percent mandate. That’s hardly a fair option – to use the critic’s chosen metric – for the customers of the store. Is it?

Second, in real life, state and federal governments have lavished special tax credits and subsidies onto solar energy, meaning a substantial portion of the cost people pay for solar panels has been socialized across the nation’s taxpayers. To put that in terms of the garden analogy, government has paid for, or has given targeted tax breaks to the farmers for any seed, fuel or tools that they used to produce their organic crops. Those special favors make it possible for the farmers to sell their vegetables at an artificially lowered cost. But, if those farmers can use government to force the grocery store to pay an increased price for their produce, even up to the full retail cost, the organic farmers can pocket that much more profit. Thank you Mr. and Ms. Taxpayer. Again, is this fair for the average taxpayer and electricity rate payer?

Third, in real life, electricity must be sold and consumed as it is produced. While ongoing research may change that fact, there is currently no affordable, reliable means of storing the electricity produced by solar panels. Therefore, electricity goes into the grid and is consumed almost immediately. Additionally, a cloudy day or inclement weather can drastically reduce the amount of electricity solar panels produce. To put those constraints in terms of the garden analogy, organic farmers would have no viable way to store their produce. If they can’t sell it within a few seconds after it comes off the vine, it rots and must be discarded. Additionally, the grocery store and its customers can’t be sure the farmers will produce anything on a given day. Clouds overhead may mean grocery store customers just have to go without … or not. You never really know.

Lastly, in real life, solar panel owners are able to sell their excess electricity only because they are using a heavily subsidized generation source that is connected to a grid that was paid for and provided by other grid participants. To exist in an actual free market, the people or businesses with solar panels would need to act very differently than is the case now. They would need to pay the unsubsidized price for their solar panels, set up a “stand alone” solar array (meaning no connection to the grid), set up batteries to store their excess electricity production, and do all of this at their own cost. Then they would need to hope that they could market that stored electricity to someone else, a customer who is willing to pay the retail price solar panel owners believe they deserve. In the imaginary gardening world, they would need to fully fund their own land for the garden, plus costs for irrigation, harvesting, refrigeration and so forth. They would need to store and transport their produce to a grocery store, and then sell their produce at the price that store was willing to pay.

At the very best, it is hypocritical for those operating in a heavily subsidized industry, or those making use of taxpayer-funded opportunities to complain that it isn’t fair they haven’t received even more from those taxpayers. Complaining they are being ill-treated because they are offered less than full retail price for a wholesale product smacks of an entitlement mentality.

In this case, the garden analogy was a useful tool for trying to explain the net metering issue. But, critics must ensure they address the full scope of the discussion before claiming they are being unfairly treated. Pointing out failures in legislation and policy options is a valuable effort, but attempting to correct those failures with more market disrupting policies is ultimately self-defeating.