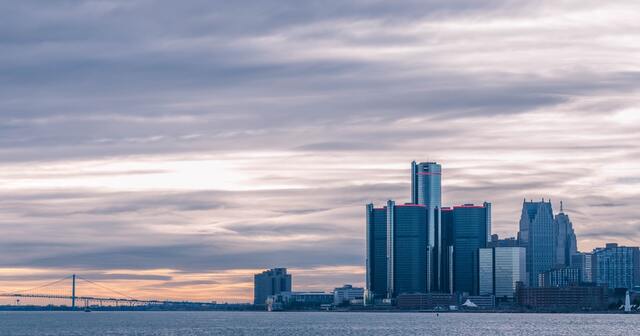 Once prosperous, the city has not been helped by socialist policies

In analyzing the current political environment, a columnist says that socialism “once brought great benefits to Detroit.” In many ways, over the past few decades, Detroit has been the most “socialist” city in Michigan – but it’s hard to see the benefits.

John Gallagher of the Detroit Free Press draws a distinction between oppressive “socialism” and what is generally referred to as the emerging “democratic socialism.” The former is often criticized as an tyrannical dictatorship while the latter he defines as “local control of the economic levers of society, in which working people free themselves from the impersonal forces of finance.”

That’s a rosy way to describe it, and vague as well. I’d argue that a free-market system — not socialism — is the economic arrangement most dependent on local control and freedom. In a free market, businesses rely on individuals choosing them to provide a service in a competitive environment; you can’t get more local than that.

As his main example of the former, Gallagher discusses employee stock ownership plans, where workers own part of the company they work for. I’m skeptical this tells us much about socialism, as individuals, not the government, are still in charge of the company. This is very much a feature (though a very small one) of a free-market, capitalist system, not a socialist one.

Gallagher spends more time calling for higher taxes, and he notes that in the 1950s and 1960s, the U.S. had much higher rates, up to 90 percent. However, that system was filled with loopholes and tax exemptions that made the actual tax rate for the wealthy much lower. And today, the wealthy pay more than their “fair share” of federal income taxes — the richest 20 percent pay nearly 90 percent of federal income taxes, a larger share than when the rates were higher.

Nonetheless, higher marginal tax rates might be a feature, but they do not equate to socialism. Neither do employee-owned businesses. The generally accepted definition of socialism, by academics and the U.S. Socialist Party, is government ownership or control of the means of production. This can be accomplished by authoritarian dictators (such as those who called themselves national socialists, communists and fascists in mid-20th century), or it can be done democratically by a vote of elected officials. Either way, this is the defining characteristic of socialism.

Using that definition, Detroit is more socialist than most. Michigan’s largest city relies heavily on government jobs. It has the highest income and property taxes in the state and more regulations than any other city. For 60 years, the city has focused on a central planning economic model — most notably redirecting money to the politically well-connected by subsidizing large developments, big companies and big league sports teams.

And when government tries to do everything, it often fails at the basics. The city mismanaged its pension funds, even handing out extra checks each year while driving toward insolvency. Streetlights were out through the city. The water department employed a horseshoer (despite having no horses).

One of the problems with socialist governments, as Margaret Thatcher once said, is that “eventually you run out of other people’s money.” And even socialists can’t ignore basic finance for long; Detroit famously went bankrupt in 2013.

It’s true that Detroit was much more prosperous five or more decades ago. Its prosperity then came not from government planning, but rather the power of the free market. Ingenuity driven by competition, especially in auto making, helped make it one of the wealthiest cities on the planet. And while its decline was a complicated affair involving many factors, the expansion of government control over the economy was key.

It may be true that ideas associated with “socialism” are gaining in popularity. But socialism properly defined doesn’t have a good track record, whether internationally or right in Detroit.