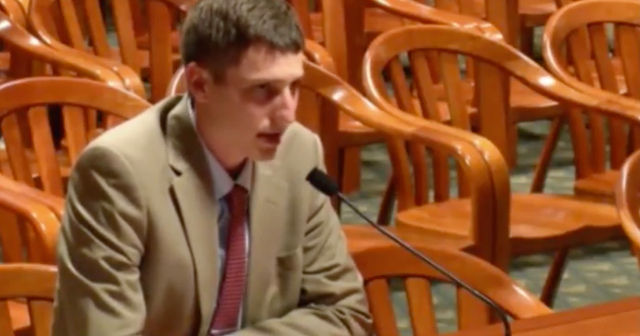 Editor's note: The following is a transcript of the testimony given by Jarrett Skorup, a policy analyst at the Mackinac Center for Public Policy, on June 14 before Michigan House Tax Policy Committee.

In February of this year, the House Republican Action plan said this, in regards to economic policy:

“To provide people with more opportunities, we will support a broad-based economic environment that is friendly to job creation and business growth, no matter the size of the business. We are also going to protect the taxpayers’ investment by making sure the funds used by the Michigan Economic Development Corporation are transparent to the public, directed toward long-term viability, help small businesses and are not wasted on picking winners and losers.”

“To provide people with more opportunities …”

These bills provide more opportunities for some by taking from the many. Even if you believe the promises made in the bill package, at the end of the day you have a state agency deciding which companies get tax credits.

“We will support a broad-based economic environment that is friendly to job creation and business growth, no matter the size of the business.”

These bills are narrowly tailored toward large corporations. Every three months, Michigan creates around 200,000 jobs – Lansing is going to pick and choose which of those get a break.

“We are also going to protect the taxpayers’ investment by making sure the funds used by the Michigan Economic Development Corporation are transparent to the public, directed toward long-term viability, help small business and are not wasted on picking winners and losers.”

Transparent? As we sit here, the MEDC is paying out more than $600 million for past tax credits and will not say who the money is going to or what the money is being used for. The agency is not compliant with reporting requirements on its current programs, but lawmakers are being asked to provide blanket authority to spend $250 million for bureaucrats to select winners and losers. Help small business? These bills are for large firms. Not picking winners and losers? Some companies get breaks, others are on the hook for the cost.

Testifying here today, I feel like I’m in the movie “Groundhog Day.” Michigan has gone the tax credit and subsidy route – in the 1990s under Gov. Engler and in the 2000s under Gov. Granholm. Bill packages promising “good jobs” were passed with wide, bipartisan support. But reviews of those programs showed negative economic results, particularly for the Michigan Economic Growth Authority package, in which fewer than 3 percent of projects met their projections and fewer than 20 percent of promised jobs were created.

But we don’t even have to look at MEGA; we have plenty of research showing the ineffectiveness of this type of program. The Kansas PEAK program is very similar to this “Good Jobs” legislation. Established in 2009, PEAK encouraged firms to move to the state or expand, allowing them to keep up to 95 percent of the payroll withholding taxes (based on wages above the county median). The nonpartisan Kauffman Foundation recently found the incentives had no notable effect on Kansas jobs or income. This shouldn’t be surprising – the economic literature on tax increment financing shows the effects to generally be negative, with the costs of the programs outweighing the gains.

For a decade, Michigan was a national leader in what we consider bad economic policy – raising taxes broadly while giving breaks to specific companies or industries. When Republicans took over the House and governorship, it wisely moved away from that. While we still offer subsidy programs, the amount of corporate welfare and tax credits has greatly declined. In those years, Michigan has been a national leader in jobs and income. Let’s not go back to repeating the mistakes of the past.