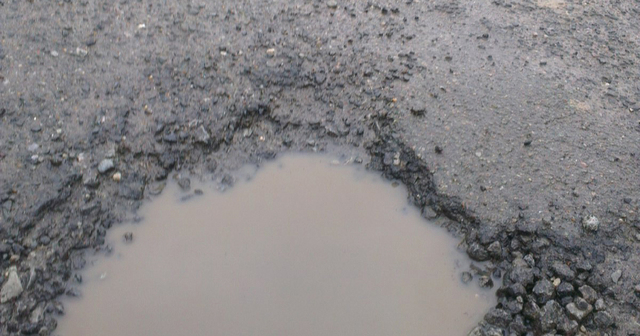 Lawmakers have options for finding money for roads in the state budget. Image via Wikimedia Commons.
Fiscal
Publications / Viewpoints

Six More Ideas for Savings in the State Budget

The state budget is about priorities. There are constant demands for more spending but a limited number of dollars collected by state taxes. When something is imperative, like a campaign promise to fix the roads, lawmakers have to determine what other areas of the state budget have lower priority.

Spending interests hate this situation. Few will point out that some budget items should be lower priorities than others. Rarer still are those that point out wasteful, duplicative or ineffective spending.

Lawmakers seeking to find more money for road repairs should consider six recommendations that could yield over $770 million annually.

But someone has to do it, so here are some areas that ought to get greater scrutiny from lawmakers in 2019.

University subsidies. While the state reduced its support for state universities from 2000 to 2012, it increased it by 22 percent since then. Even with universities getting more money from taxpayers, tuition has risen and the number of Michigan residents earning degrees is down. So it’s unclear what taxpayers have received for their extra spending. Adjusting payments to both inflation and the number of full-time resident students would save $223.4 million.

Great Start Readiness. What should be a simple voucher program for poor people to afford preschool is a bureaucratic mess and layered on top of other programs to help low-income families with preschool costs. It’s likely that the state is giving money to some parents who can afford their children’s preschool on their own, though the number is unclear. This hasn’t stopped the state from pumping more money into the program, and without clear outcomes, it ought to be pared back. Returning to 2011 levels, adjusted for inflation, would save $131.7 million.

Enhancement grants. Extra money for pet projects has popped up in recent budgets. There are other ways to finance these projects if they are necessary, and their backers should turn to local governments or their own resources rather than the state taxpayer. Legislators currently write the bill language for these grants in a way that avoids the supermajority requirements that should apply. The state ought to stop this spending, and that would free up $115.5 million.

Extra school retirement payments. The state manages a school retirement system, and most school employees must participate. It promised employees and retirees $76 billion but has only set aside 62 percent of what is needed to fulfill those promises. To both catch up on pension obligations and set aside money for benefits being earned by workers, the state requires district administrators to give the pension system 38 percent of what school employees earn. In 2012, lawmakers decided to cap that amount and have the state taxpayer pay for the excess. In the latest budget, policymakers spend $100 million beyond that obligation, and this can be reduced. Doing so would shift some of the responsibility for teacher retirement back to schools. The state would still be on the hook for the $1 billion cost of the cap.

Business Subsidy Programs. The state takes money from taxpayers and gives it to the business owners it selects in the name of economic development. This is ineffective and wasteful. And it’s an open question whether the programs are designed to give money to politically important businesses rather than economically important ones. There is $144.3 million for these programs in the budget, with more spent on other industry favors and administrative costs. The state could also save another few hundred million by not authorizing more deals from programs through “tax capture,” which sends state tax revenue to select companies instead of the state treasury.

The ideas presented here total $770 million in potential savings. There are, of course, consequences for cutting the budget. Someone is affected by every dollar spent. And someone will also ask for more.

But lawmakers have priorities. They need to ask where taxpayers get the best return for their dollars. The items above are worth a discussion as our new policymakers search for resources to accomplish their goals.