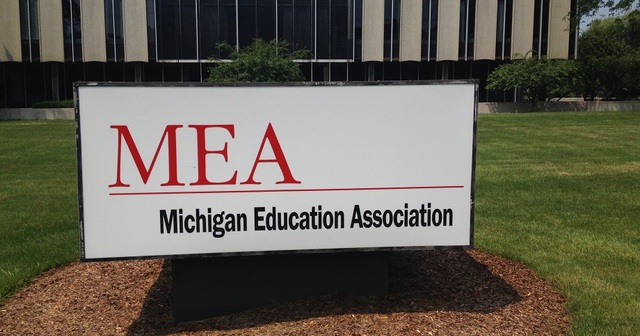 The MEA’s total membership decline is 28 percent since 2012 and 33 percent since the peak in 2009.
Education
Publications / Viewpoints

Font size:
All the problems the MEA is having in the last several years are simply a result of school employees exercising their right to choose.

More and more school employees are questioning the value of Michigan’s largest government union, the Michigan Education Association. In the five-plus years since school employees could no longer be forced to contribute to the union, the MEA has experienced a collapse in membership, revenue and political spending, along with a corresponding increase to its debt.

In 2012, lawmakers made Michigan a right-to-work state, meaning unions could no longer force people to be members or pay them fees in order to hold a job. The law went into effect in early 2013. The numbers below are from a federal report the MEA is required to file — called the LM-2 — and they compare the state of the MEA the year before the law went into effect to its condition today.

The union’s revenue has mirrored this drop in membership, decreasing by 22 percent from a peak of $145.4 million in 2011. That’s despite the union imposing its first dues increase in decades, in 2014, largely to cover an increasing debt.

That money was needed. The MEA’s liabilities have gone up by $9 million since 2012, although they are down from a high of $313.4 million in 2016. The liabilities are largely driven by underfunded pension and health care retirement benefits the MEA promises to its own retirees.

Money spent directly representing employees, by contrast, has declined significantly, dropping from $15 million to $10 million. Today, the union spends only 9 percent of its total revenue on what it calls “representational activities.”

Still, dozens of regional field staffers are paid six-figure salaries, much more than the average teacher salary in Michigan, which is about $60,000. And despite constantly lobbying against school districts hiring private companies to provide services, the union outsources its own cleaning services.

One area of increased spending was collection services. The MEA has thousands of ex-members, and the union claims they still owe it money, so it hires a collection agency to go after those funds. The union collected $156,000 in 2018 from such efforts, up from less than $16,000 in 2017. The Mackinac Center has heard from hundreds of teachers who are being sued and threatened with having their credit rating ruined by the union.

Besides the voluntary choices of school district employees, MEA membership is affected by three factors: charter school enrollments (most charter schools are nonunion); districts contracting out for services; and changes in the overall number of school employees. But none of these factors have changed much since 2012, suggesting that what’s driving the MEA’s membership decline is school employees opting out under their new right-to-work rights.

The union still finds the money to fund political activity, though not as much as it used to. Spending on politics and lobbying was $4.8 million in 2012, but it dropped to $2.4 million in 2018. The MEA gave money to liberal activist groups like Progress Michigan and America Votes, as well as Voters Not Politicians, the group responsible for the “anti-gerrymandering” ballot proposal that voters approved last November. The union also funneled thousands of dollars to the secret group called Michigan’s Responsible Taxpayers, which ran ads in Republican primaries in an attempt to knock off conservative lawmakers under what appears to be false pretenses.

While unions are still major political players, their revenue losses, such as what the MEA has experienced, have had a significant effect. A recent article in The Atlantic about “How the Democrats took back Michigan” in 2018 noted that unions didn’t deliver. “Officials in the state party were surprised … to see several of the unions falling short of their promises, their leaders apparently themselves not realizing just how much the state’s right-to-work law had cut their ranks.”

For decades, unions have fought people who wanted to have the ability to freely hold a job without paying them a cut. All the problems the MEA is having in the last several years are simply a result of school employees exercising their right to choose. Let’s hope the union responds by shifting more of its focus to serving school employees rather than its political agenda.