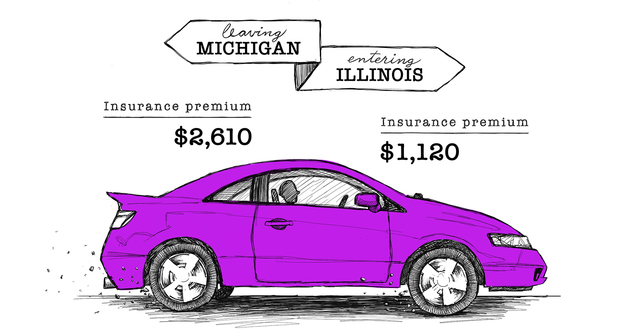 Lansing politicians are trying to work out a deal on auto insurance reforms. No one has to convince lawmakers of this need — they hear it regularly from their constituents. While a lot of what’s being proposed is good policy and will provide relief for drivers — PIP choice, medical fee schedules, more intense anti-fraud efforts and greater transparency — one related issue is more problematic: restricting how insurers can price out the premiums they sell.

Democrats, including Gov. Gretchen Whitmer, have repeatedly called this a critical feature for any reform, and the bill that passed the Republican-controlled House would prohibit insurers from using “non-driving” factors when setting rates. Which factors will be considered “non-driving” would be determined by a state bureaucrat. But limiting what factors insurers can use to assess the risk of selling someone an insurance policy will not produce overall savings in the auto insurance market like other elements of the reforms will.

Insurers make use of information about drivers to predict the costs, or losses, that the insurer may end up having to pay. To predict their expected losses as accurately as possible in order to compete on price with other companies, insurers charge different drivers different rates based on this information. Drivers with characteristics that make them riskier to insure are charged a higher premium, while drivers that are not as risky are charged less. None of this is unique to auto insurance — home, travel, liability, life and even pet insurance rely on similar mechanisms to set different premiums rates based on who is being insured. (Dogs are more expensive to insure than cats, by the way.)

Some view this as unfair. Why should insurers be allowed to charge one driver more than another, they complain, if they’re providing them both with the same level of coverage? It’s seems discriminatory, that is, until you view it from the perspective of the insurer. The reality is that these are not equal policies insurers are selling, because one policy exposes the insurer to significant more risk of incurring losses than the other. In other words, although the coverage level may be the same, the difference between the risks one driver presents compared to another justify the need for the insurer to charge one driver more than another.

In fact, limiting the use of certain factors may even lead to higher overall costs in the system. Auto insurance is a very competitive market, and one of the most basic ways insurers compete on price is by being as accurate as possible at estimating what their future losses will be and pricing their premiums as low as possible. Insurers who are the most successful at this will be able to operate on thinner margins than others and will beat them in the marketplace by offering the most affordable rates. If this ability is curtailed, it may ruin some insurers’ competitive advantage and result in them closing up shop in Michigan. This would mean fewer choices for consumers and less competitive pressure on insurers to keep their premiums as low as possible.

The potential ramifications of limiting these rating factors may be a leading reason why most states allow auto insurers to use a variety of factors in setting rates. According to the American Property Casualty Insurance Association, only eight states limit what factors auto insurers may use. All the rest allow insurers to use age, credit score, education level, occupation, gender, marital status, ZIP codes and more as rating factors. If these were to be deemed “non-driving factors” under the proposed reforms being considered in Lansing, Michigan would stand alone for being the most restrictive state in the nation when it comes to rating factors — the same distinction it retains for having the nation’s most expensive auto insurance system.