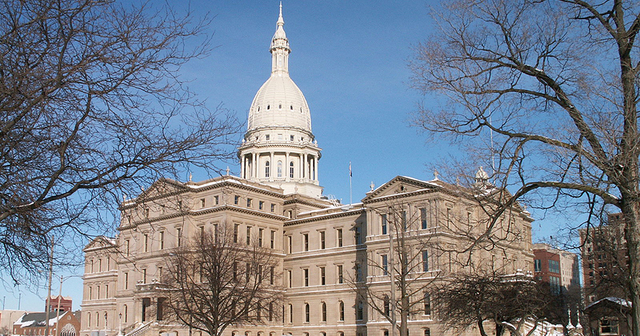 Resisting the Deforming Power of Government

How to preserve the distinction between society and government

The French have a term for the tendency of professionals to try to address every societal issue from the point of view of their own expertise while ignoring other options. They call it “déformation professionnelle.” As new legislators take their seats in Lansing as the Michigan Legislature begins its session, they must take care not to become victims of that professional deformation, lest they risk further damage to the balance between government and society.

It’s tempting for new legislators to try to solve problems, since the arguments in favor of action are so simple and common: They’ve been elected to make things happen. They’ve got immense power to be used for good. They know their intentions are positive. They’re listening to smart people and considering all sides. If they don’t fix it, who will?

That’s why the hardest thing for lawmakers to do is stop and say, “This certainly is a problem we need to address as a society, but it is not appropriate for us to try to solve it using the powers of government.” It’s tremendously tempting for them, with the best intentions, to fall into this “déformation professionnelle.” They then see every injustice as something to be righted by government, every injury as one to be healed by government and every problem as one to be solved by government. Inevitably, every success then becomes something from which government deserves its share to fund all those government interventions.

This is the fundamental truth that is threatened by even the most well-intentioned legislator: “Government” and “society” are not the same thing. Despite former Congressman Barney Frank’s infamous assertion that “Government is simply the name we give to the things we choose to do together,” the reality is that the most important parts of our lives such as family, faith, work and recreation are fundamentally collective activities that we “choose to do together” with as little involvement from government as possible. Moving outward from that core, as participants in larger societies, we’ve created large and complex mechanisms for working together and helping each other without government. Churches. Charities. Professional associations. Unions. Fraternal organizations. Service organizations. Foundations and other philanthropies. They’re all different ways for us to work together in a way that does not require the organizing – and distorting – hand of government.

The great French philosopher and economist Frédéric Bastiat memorably explained this distinction in 1850:

Why should we differentiate between a solution provided by government and one provided by civil society? Because through the process of solving one problem, government inherently creates another. As Mackinac Center President Emeritus Larry Reed explained in his famous Seven Principles of Sound Public Policy: “Government has nothing to give anybody except what it first takes from somebody, and a government that's big enough to give you everything you want is big enough to take away everything you've got.”

Our elected representatives in Lansing will be presented with a great many problems in this upcoming legislative session. Each will have an array of constituencies clamoring for a government-based “solution” that advances their special interests. In many cases, the people asking for help will truly need assistance and it will be the legislator’s job to decide whether the state government is the right mechanism to provide it. To be sure, some problems will require governmental action. But let us hope that these new legislators have the wisdom and courage to recognize the difference between the problems that they alone can solve, and those the rest of us can and should address together … without government’s deforming involvement.