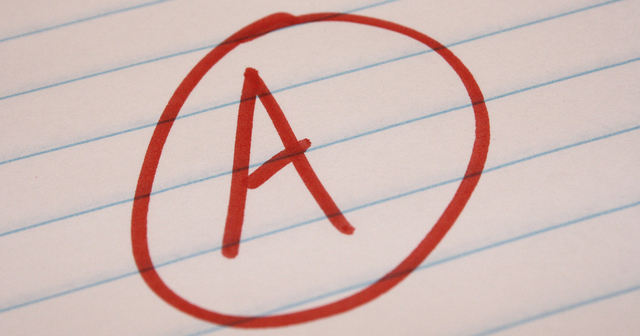 Report for Schools Changes, but the Goal of Recognizing Excellence Remains

Giving schools letter grades is popular because it means parents can have an easy-to-understand way to talk about school performance. Parents who live in communities with dire needs and who wish to exercise school choice especially appreciate them. In fact, a 2018 Mackinac Center survey found that parents from these communities more frequently lean on measures of academic performance when it comes to judging schools.

Late last year, Michigan lawmakers responded to their concerns by adopting a first-of-its-kind system to inform parents and educators about school performance. Public Act 601, commonly known as the “A-to-F” law, improved reporting on school performance not only by setting up new labels but also by expanding the criteria used in official reporting.

Michigan became the 16th state to use letter grades to publicly rate schools, but it is the first to use letter grades in five different categories of school performance rather than assign one overall grade. Three of the grades are based on different ways to assess how all of a school’s students do on state tests, one measures the results for students who are not native English speakers and the other assesses high schools for their graduation rates.

In early March, the state released the second edition of the School Index, which rates all schools from 0 to 100. The index is based primarily on standardized test results, but it uses a host of other factors as well. On average, index scores across the state went down from the first year.

The School Index represents a modest improvement over other reporting systems that Michigan has used in recent years. A school’s numerical score gives a clearer impression of how close it comes to reaching a statewide target than earlier indicators such as labels and color codes. And the score puts more weight on how well schools help students make progress from one year to the next, though the index scores still tend to be lower for schools that serve more low-income students.

Under the “A-to-F” law, schools will still be assessed on their raw test scores and their growth on those scores, but they will receive two separate letter grades for these measures, rather than a combined numerical rating. One important new feature is a separate letter grade that will compare a school with other schools serving similar demographics.

The new demographic component follows the lead of the Mackinac Center’s annual Context and Performance Report Card, which uses several years of a school’s test scores and then adjusts them for the percentage of students who are eligible for a free lunch. State officials should also consider incorporating other characteristics for making comparisons that can identify schools that are beating the odds.

A helpful model comes from the Reading Now Network, a cooperative early literacy effort among many West Michigan school district leaders. According to Ottawa Area ISD Director of School Improvement Doug Greer, a wide array of data collected from the network’s schools shows that low achievement correlates most strongly with both poverty and chronic absenteeism. The network’s data tool uses multiple at-risk factors, not just family income, which allows schools to compare themselves to similar schools, and to find ones that are beating the odds.

Certain groups of students are more likely to face obstacles to academic success, and it’s useful to recognize those obstacles. At the same time, it’s important to raise the bar for all students. Michigan school performance needs to be stronger, just as educators of at-risk students must be recognized for helping them overcome.

Given that reality, the grading system could be enhanced by a hybrid approach for assigning letter grades. The threshold to receive an A grade should be set high, but at least 10% of the schools in each of the five performance categories should receive one. That would let parents see clearly which schools perform best in a given year, while also making room for a school to excel even if there’s a great deal of competition near the top.

Similarly, officials could cap the share of schools that receive an F at 10%, while also allowing any school that surpasses a reasonable objective standard to earn a D or higher. This would provide all schools the opportunity to avoid the lowest grade in any given year.

Most people like the idea of assigning letter grades to schools, but with the tools we have available, it’s an imperfect science. State officials face a challenge to come up with labels that are both faithful to the available data and easily comprehensible. Their success in meeting this challenge can only help to give all Michigan students a better chance to succeed.