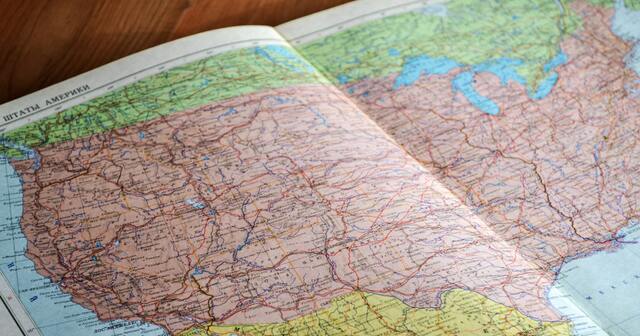 Editor's Note: The original Spanish version of this piece can be found here.

Research shows strong correlations between economic freedom and prosperity — among other positive outcomes. This means that where we live can have an impact on the economic and other opportunities we enjoy for ourselves, our family and our community.

A recent study by the Canada-based Fraser Institute, titled “Economic Freedom of North America,” has examined the question of economic freedom across North America — Mexico, the United States and Canada. An index in the study measures the degree to which these countries’ states and provinces encourage or discourage economic liberty. The study then ranks them based on three major policy areas (taxes, spending and labor market freedom) and 10 subcomponents, such as income tax revenues, government spending and union density.

The rankings are split into two parts for measurement purposes. The first is an “all-government index” which includes some national measures to better help the reader compare and rank the economic freedom of states and provinces across national borders. The top 10 entities include nine states in the U.S. and the Canadian province of Alberta, which comes in at ninth. The top performing Mexican state is Jalisco, but it and all the other Mexican states in the three-nation ranking appears after all the Canadian provinces and the U.S. 50 states.

Fraser also ranked states and provinces within their own countries. According to that measure, the state of New Hampshire is the most-free among those in the United States and California is least free. In the Midwest, Indiana is ranked 8th among the 50 states and Wisconsin is 19th They are followed by mediocre performances from Michigan (31st); Illinois (34th); and Minnesota (40th).

The Mexican states with the best performance are Jalisco, Michoacán and Baja California. The worst were Tabasco, Campeche and Zacatecas. Michoacán, Baja California and Zacatecas are among the 5 Mexican states from which the most people emigrate abroad. In the case of Michoacán, mainly due to drug trafficking problems, while Baja California, being a border state, is a migration hub. Zacatecas is the state from which more people migrate because, being one of the states with the lowest economic freedom, it tends to have little private investment, which makes it difficult for people to find employment and forces them to seek a better life in other entities or in the United States.

Where states and provinces end up in this ranking is very important. The Fraser authors show that economic freedom and income per capita are positively correlated with each other. They also show a wide gulf between the per-capita income of states and provinces with low marks for economic freedom and the income of those with high marks for freedom. Translation: People in economically freer places make more money, on average, and more money can mean more opportunity for individuals to chase their own dreams. This may include better education, more free-time, or just financial security in old age. The list of possibilities is as varied and interesting as the people themselves.

Policymakers should take note, too: There is even a positive association between growth in economic freedom and growth in income per-capita. Even small changes to policy to allow for greater personal choices and less government interference in the marketplace can add up to big improvements in opportunity for people.

The EFNA dataset has been updated each year since it was first released in 2002 and is publicly available to other scholars for use in their own research. Hundreds of studies have been performed using data published by the Fraser Institute, and many show positive connections between economic freedom and well-being, including lower unemployment, entrepreneurial activity and reduced poverty.

One 2019 study using the dataset found that for every 10% increase in U.S. economic freedom, there was an associated increase in inflation-adjusted Gross State Product of 5%. Gross State Product. (GSP represents the value of all goods and services produced within the geographical borders of a state and is often considered a strong measure of economic health.)

Evidence shows that there is a well-established link between economic liberty and human flourishing. Policymakers and others looking to make the world, or their state, province and community a better place to live, work and raise a family should keep this fact in the forefront of their minds.