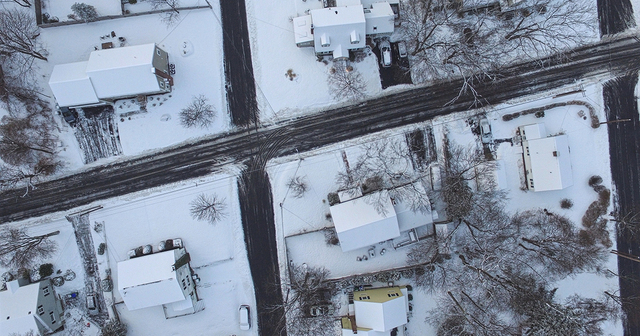 Pushing Back Against Government Takings

While Michigan strongly protects people from eminent domain, there are still cases where governments violate the private property rights of citizens. A bill introduced in the House would provide remedies when the state goes too far.

While the practice of government taking private property for “public use” has been allowed since the founding of America, public entities started to expand their definition of the term toward the end of the 20th century. After the Kelo case, where a town took a woman's home to give to a private business for "economic development," citizens across the nation pushed back by passing dozens of constitutional amendments limiting the practice. Michigan passed its own amendment in 2006.

While Michigan still allows a public entity to take private property for public use — typically for things like building roads, pipelines, schools, ditches, utilities, railroads, and so forth — the 2006 amendment limited state power from going much further. But while eminent domain faces a higher barrier than before, there are still instances where the government can dictate what people do with their private property.

Current law requires state departments to “consider the likelihood that the governmental action may result in a constitutional taking” before infringing too much on property rights. But once this is considered, the state can move forward with an action. Private citizens will sometimes fight a rule or a taking, but even if they win and prevent the loss of their property rights, it can be an expensive endeavor.

House Bill 4070, sponsored by Rep. Klint Kesto, R-Commerce Township, seeks to help with that. The bill provides a remedy for an individual if certain departments are found to be guilty of an illegal or unconstitutional taking. The bill would require the state to provide compensation to cover the costs of a legal challenge while also bringing new state departments under the restrictions.

Whether it is eminent domain, the promulgation of administrative rules, or forfeiture, the taking of private property by the government should be extremely limited. It’s a good idea for legislators to stay on the offensive with this issue.