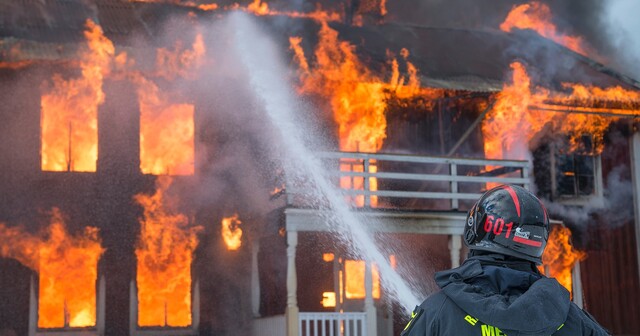 Editor’s note: This article first appeared in The Detroit News on July 14, 2018

Police officers and firefighters are now no longer excluded from Michigan’s right-to-work law, due to last month’s U.S Supreme Court ruling in Janus v. AFSCME. The 5-4 decision granted freedom to nearly 5 million public sector workers across the country by ruling that they no longer have to pay dues or fees to a union to keep their jobs.

Michigan became a right-to-work state in 2013, meaning workers cannot be forced to pay money to a union in order to hold a job. But there was a catch — the law made exceptions for public safety unions. But with the Supreme Court decision, nearly 25,000 police and firefighters in Michigan now have the right to choose whether they want to support a union.

Granting public safety officers right-to-work status was the most direct impact of the Janus v. AFSCME decision on Michigan. The biggest effects from the Janus decision nationally will be felt in states that were not already right-to-work, such as New York and California.

There have been claims that unions are essential to workplace safety and allegations that right-to-work laws lead to increased workplace injuries. That’s false, though. Despite far more people being employed in the state today, Michigan has seen a 17 percent decline in workplace-related injuries and illnesses from 2012-16, according to the Bureau of Labor Statistics. In fact, workplaces across the country have seen a decline in injury and fatality rates, regardless of right-to-work status. Whether that is from enhanced safety features, higher standards or just safer jobs in general, unions will be hard-pressed to take credit for the decrease.

With-right to-work in effect, people are simply allowed the opportunity to choose whether to support a union. The law does not ban unions from advocating safety measures for their current members, negating the argument that right to work has any effect, positive or negative, on workplace safety.

While worker freedom laws have no clear impact on workplace injuries and fatalities, they have had many positive economic effects. For the past 30 years, right-to-work states have grown significantly faster when it comes to jobs, income and population. In addition, people in right-to-work states also typically have more buying power — money spent on goods like housing, food and transportation goes further.

Right-to-work states hold many advantages over other states, but the benefits of the Janus decision extend beyond economic growth. It grants nearly 5 million individuals the freedom to exercise their First Amendment rights. No one should be forced to give his or her hard-earned money to a private organization as a condition of employment, especially if that money is being used for political activity.

Employees can learn more about their rights and opt-out options at www.MyPayMySay.com/MI.