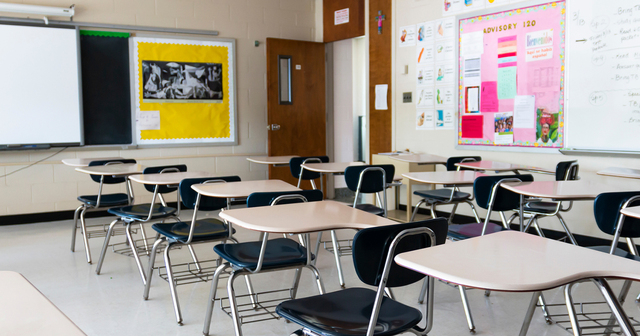 Rhode Island Teacher Fired for Opting Out of Union Membership

This action is a clear violation of his First Amendment rights

MIDLAND, Mich. ­— A school district in Rhode Island denied tenure to a teacher after he opted out of paying union dues, according to a lawsuit filed in the United States District Court for the District of Rhode Island by the Mackinac Center Legal Foundation. The lawsuit, filed in conjunction with attorney Joseph Larisa, Jr., claims that the school district violated the First and Fourteenth Amendment rights of John Lancellotta, a Rhode Island public school teacher.

“The decision to opt out of a union should not cost someone their job,” said Derk Wilcox, senior attorney for the Mackinac Center. “Not renewing John Lancellotta’s contract in retaliation for his opting out of the union is a clear violation of his constitutional rights. School districts across the country must recognize and respect public employees’ First Amendment rights as protected by the U.S. Supreme Court’s Janus v. AFSCME decision.”

After 12 years of teaching in a different district, Lancellotta began teaching Spanish and Italian for West Warwick Public Schools in 2018. During his time at the district, he received positive teacher evaluations and had no complaints from students, parents, or colleagues.

Lancellotta told his union representative in February 2019 that he planned to leave his union. The representative responded in an email, “In my twenty-seven years here, the WWPS has never carried an (sic) non-union member in it’s (sic) employment.”

Lancellotta was then asked to meet with his department head, who was an active member on two union committees, and the union representative. After the meeting, Lancellotta decided not to leave the union and instead to pay a portion of his dues toward student scholarships.

Lancellotta reconsidered his union membership later that year and fully resigned in December 2019. Four days later, the department head and a member of the administration decided the district would not renew his contract, denying him tenure and effectively firing him.

This could not have been based on his performance. Lancellotta earned “highly effective” or “effective” ratings for every category in an evaluation a month prior. He began the appeal process after the school board approved the decision not to renew his contract in February 2020.

Due to the COVID-19 pandemic, the appeal was delayed until December 2020. The appeal hearing showed that school officials had relied solely on the department head’s recommendation not to renew Lancellotta’s contract and did not take into account his performance. It also came to light that the school’s lawyers had collaborated with the union’s lawyers regarding the school’s position in preparation for the hearing.

“School districts across our state are violating the constitutional rights of their own teachers,” said Mike Stenhouse, CEO of the Rhode Island Center for Freedom and Prosperity. “West Warwick was one of about a dozen school districts in Rhode Island our Center identified in a report last March that maintained blatantly unconstitutional language in its collective bargaining agreement, deceiving teachers into believing they must pay the union. To then manifest this bogus language into illegal action by firing John Lancellota is an injustice that the courts must remedy."

The Mackinac Center’s “My Pay My Say” initiative partnered with the Rhode Island Center for Freedom and Prosperity to promote www.mypaymysayri.com, which is where Lancellotta first shared his story.