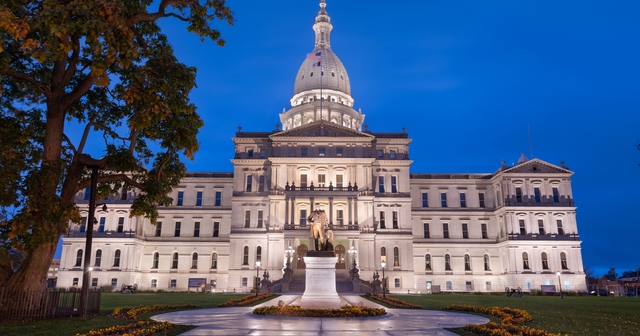 The United States Supreme Court’s 2018 Janus v. AFSCME decision declared that forcing public employees to pay agency fees to a union violated the First Amendment. Following the decision, all public employees across the country can now opt out of paying unions without losing their jobs.

“A state legislature cannot overturn a U.S. Supreme Court interpretation of First Amendment rights,” said Patrick Wright, vice president for legal affairs at the Mackinac Center for Public Policy. “These bills show a grave lack of understanding of the U.S. Constitution and the rights of public employees. This attempt to put forth blatantly unconstitutional legislation is concerning.”

The Mackinac Center is also opposed to House Bill 4005, which would repeal right-to-work for private sector employees.

“Nobody should be fired for not wanting to pay a union,” said Jarrett Skorup, vice president for communications and marketing at the Mackinac Center. “Nearly 60,000 private sector workers in the state have left their unions since right-to-work passed in 2012. If right-to-work is repealed, tens of thousands of private sector workers would be forced to pay union dues just to keep their jobs.”