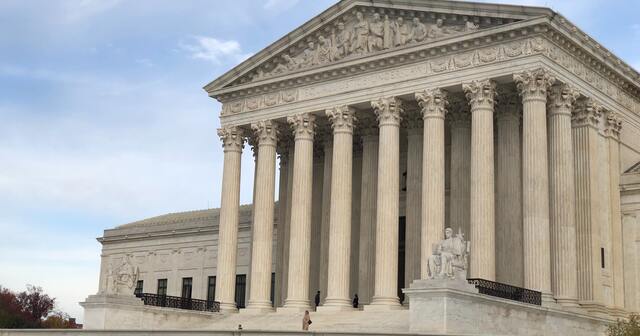 The opinion places limits on the power of administrative agencies

MIDLAND, Mich. — The Environmental Protection Agency’s overarching authority was curtailed today by the U.S. Supreme Court in a 6-3 decision. In West Virginia v. EPA, the court ruled the EPA did not have the power to mandate that states significantly reduce reliance on coal and natural gas in favor of solar and wind energy. The ruling will also place restrictions on the power and scope of all federal agencies.

This decision prevents the EPA from fundamentally reordering America’s energy infrastructure without a clear command from Congress. The court wrote that Congress must explicitly express how much power should be given to federal agencies. Vague terms cannot be used to delegate major policy questions to the bureaucracy. This supports the separation of powers doctrine and returns a voice to the people through their legislators.

“Through the COVID crisis, we’ve seen firsthand the problems caused by unilateral executive action,” said Patrick J. Wright, vice president for legal affairs at the Mackinac Center for Public Policy. “The court’s opinion upholds the separation of powers and takes steps to ensure that we won’t be ruled by bureaucratic fiat. Major policy decisions, whether climate change or other important matters, require legislative deliberation, not administrative determinations."

The case concerned the EPA's attempt to implement burdensome regulations through the Clean Power Plan. In Michigan, DTE and Consumers Energy were influenced by this plan to shut down reliable and affordable coal power plants. These companies’ attempts to meet the plan's CO2 reduction goals have been detrimental to the state’s electricity output.

“Government overreach has caused us to run up against the limits of our electric system to provide the reliable and affordable energy that people need to survive,” said Jason Hayes, director of environmental policy at the Mackinac Center. “The EPA and other federal agencies have repeatedly overstepped their legal authority for decades. Hopefully this decision brings that abuse to an end.”