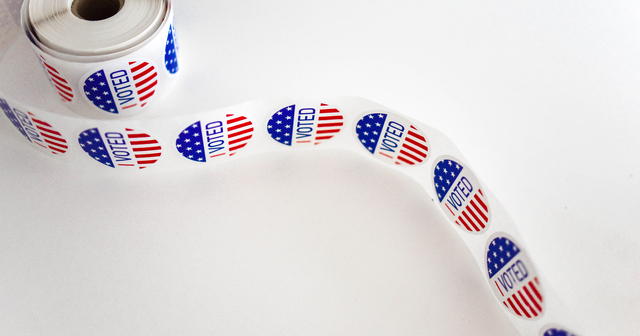 MIDLAND, Mich. — Proposal 2 of 2022 would reduce the Michigan Legislature’s ability to regulate election procedures, according to a new policy brief published today by the Mackinac Center for Public Policy. The brief analyzes the Promote the Vote ballot petition and found that it would enshrine more than 20 election rules into the state constitution, many of which mirror current state statute and election practice.

The report offers information to voters about these proposed changes without taking a position on Proposal 2. It puts these changes in context of current election law and practice in Michigan. It also explains how the proposal would interact with a different citizen-initiated petition called Secure MI Vote, which could be enacted into law next year by the Legislature or appear on the 2024 ballot.

Proposal 2 amends a section of the Michigan Constitution just recently changed by Proposal 3 of 2018. The constitutional amendment voters will decide on Nov. 8, 2022, expands on these reforms and cements more than 20 new or existing election rules into the constitution.

Most of the provisions are aimed at making it easier to vote absentee or early. Absentee applications and ballots would be required to include prepaid postage, overseas absentee ballots would be accepted up to six days after an election and the state would have to provide drop boxes in every municipality. Voters would have the option to become permanent absentee voters and automatically receive absentee ballots for all future elections.

“It is difficult to say what effect Proposal 2’s provisions will have on voter turnout,” said Michael Van Beek, director of research at the Mackinac Center and co-author of the report. “People opt not to vote for a variety of reasons, and Proposal 2 would have to address those specific reasons to boost turnout. Since many of its provisions are already in state law, it appears unlikely that it will have a large impact on turnout in the near future.”

The policy brief explains how Proposal 2’s creation of a “fundamental right to vote” is important. This will make it easier for people to sue others for infringing this right in any way. Proposal 2’s broadly worded provisions, however, mean that Michigan courts will ultimately decide how extensively this fundamental right would be applied and what conduct would violate it.

Another noteworthy change found in the proposal is to explicitly allow local election officials to accept and use privately donated money to finance elections. These donations would need to be publicly disclosed. This practice created considerable controversy during the 2020 election, and more than 20 states have prohibited it.

“The most significant effect of this proposal will be simply to limit the Legislature’s authority to regulate these particular election procedures,” Van Beek added. “These rules will have more permanence and be difficult to modify in the future.”