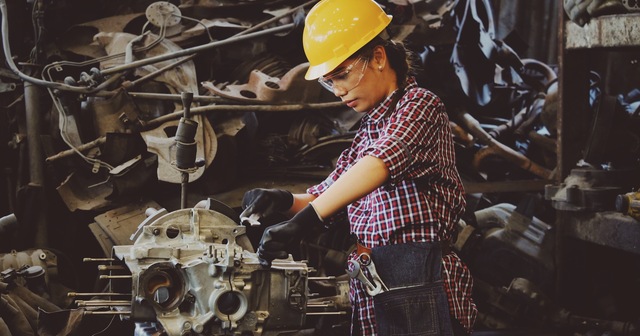 MIDLAND, Mich. — An overwhelming majority of Michigan residents approve of the state’s right-to-work law in a new poll commissioned by the Mackinac Center for Public Policy. Next week will mark the 10-year anniversary of the law’s passage.

Right-to-work has strong support across Republicans, Democrats, Independents, men, and women. The support held for every age group and in every region of Michigan. Union household supported the law by a nearly 2-to-1 margin (55% to 28%).

The poll question was:

“Michigan passed a ‘right-to-work’ law 10 years ago. The law says that nobody can be required to pay dues or fees to a union in order to hold a job, even if they work in a job covered by a union contract. Do you support or oppose this law?”

The polling was overseen by Dr. Michael Thom, an associate professor at the University of Southern California and an adjunct scholar with the Mackinac Center. The poll is not affiliated with USC or its school of public policy. The poll is balanced for the state’s census makeup and is broadly reflective of Michigan’s political partisanship and union household affiliations.

“Across all regions and demographics in Michigan, residents strongly support the state’s right-to-work law, including Democrats and union households,” said Dr. Thom.

The poll surveyed 1,026 people and has a margin of error of ± 3.2%. Responses were collected from a four-question web- and app-based survey completed by a census-balanced SurveyMonkey Audience research panel of 1,026 Michigan adults on November 29 and 30, 2022. In addition to the right-to-work question, participants specified their geographic region, party identification, and household union member status.

The full poll responses, crosstabs and methodology can be seen here.