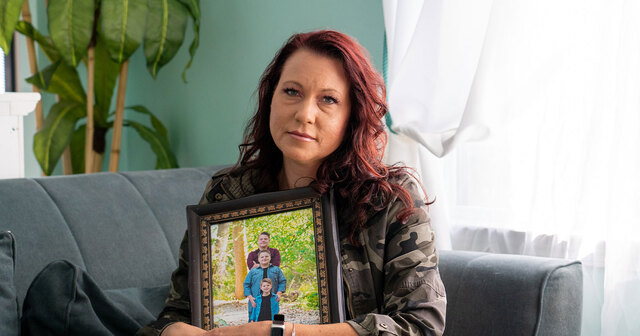 Michigan Mom Sues School Board After They Report Her to Feds

She voiced her opinion, and they reported her to the Department of Justice

MIDLAND, Mich. — A Michigan mom is suing the Chippewa Valley School Board for violating her First Amendment rights. Sandra Hernden, with the help of the Mackinac Center Legal Foundation, is taking legal action after facing retaliation from members of the school board. Hernden spoke out against the district’s COVID-19 policies, and district officials responded by reporting her to her employer and then to the Department of Justice.

Hernden is a police officer and mom of three boys. When the Chippewa Valley School District turned to remote instruction in spring 2020 in response to COVID-19, Hernden witnessed the toll it took on her children, particularly her son with special needs. Without the in-person assistance and individualized attention that he once had, his grades plummeted. He suffered socially, too. When the board decided the schools would stay virtual in fall 2020, she knew she had to fight for her son.

“For two years, I have been demoralized, humiliated, discredited and demeaned,” said Sandra Hernden. “I can live with a lot of things and be called a lot of names, but none of this will stop me from fighting for my children. I’m bringing this case not just for my family, but for all the families like me who feel they have no voice.”

Like many other parents, Hernden disagreed with the district’s COVID-19 policies and spoke out at school board meetings. At one point, she accused the board of making politically motivated decisions that were not in the best interest of the students. In response, one board member wrote to Hernden’s then-supervisor at the Harper Woods Police Department. The member accused her of “veiled racism” and of behavior that was unbecoming of a police officer. Hernden was then subjected to an internal investigation, but her employer determined she had not violated any department rules.

The problems continued after the school board began restricting Hernden’s speech by interrupting her at meetings and prohibiting her from sharing her opinion. In response, she cautioned the board that their actions may be illegal.

Things quickly escalated after U.S. Attorney General Merrick Garland issued a memorandum about investigating parents who attend school board meetings. One day after the memorandum was issued, the president of the Chippewa Valley School Board admitted reporting Hernden to the Department of Justice.

“No parent should have to fear for their livelihood or their liberty because they stood up for their children,” Steve Delie, attorney with the Mackinac Center Legal Foundation. “We hope that this case empowers parents to have the courage to speak out for what they believe is best for their children.”