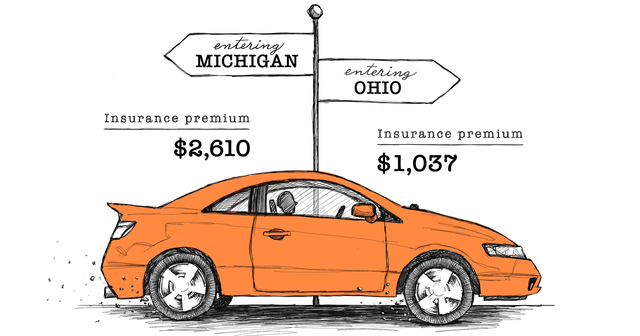 Efforts to reform Michigan’s uniquely expensive no-fault auto insurance system are nothing new. Dozens of studies, hundreds of anecdotes and millions of voters all point to the same conclusion: Reform is needed. And now, finally, the Senate and the House have approved separate bills that would significantly change the way auto insurance works in Michigan. Although the bills contain different elements, both tackle the fundamental problems with the current system and both would empower Michigan drivers to reduce their auto insurance premiums.

Michigan’s auto insurance laws are unique because they are the only ones in the country that require drivers to purchase an unlimited amount of medical coverage, called PIP. This despite the fact that only a tiny portion of drivers will ever use this level of benefits, and despite the fact that most drivers already have medical coverage through their health insurance provider.

Both Senate Bill 1 and House Bill 4397 provide the type of reform needed to fix this problem. Instead of forcing drivers to purchase this extraordinary benefit, these bills give drivers a choice over what level of coverage they want. SB 1 offers three options and HB 4397 offers five, but both include the option to opt of PIP coverage completely if similar coverage is available through a driver’s health insurance.

Also under both bills, drivers who choose limited PIP coverage or opt out of it altogether would reduce what they have to pay into the Michigan Catastrophic Claims Association, a fund that pays for the most expensive claims under no-fault. It’s estimated that drivers choosing limited coverage would only pay about $40 per year into the MCCA, instead of the full fee of $220.

The other key factor in driving up premiums is the lack of a fee schedule for auto insurers. Large private health insurers and government programs like Medicare, Medicaid and workers’ compensation establish a set fee for each service that they will pay to medical providers on behalf of the people they insure. No such fee schedule exists for auto insurers, so medical providers tend to charge auto insurers as much as they can get away with. This is why an MRI paid for under a no-fault policy can cost significantly more than an MRI paid for by Medicaid — sometimes 10 times as much.

Both SB 1 and HB 4397 would establish a fee schedule for services paid for through auto insurance, and base it on the state’s workers’ compensation laws. In other words, auto insurers will have to pay medical providers the same amount that the state pays them for treating people injured on the job. A recent report ranked Michigan’s workers’ compensation system as one of the most effective and efficient in the country.

The key difference between the bills is that HB 4397 includes a requirement that insurers reduce their rates by a specified amount for each of the five coverage options — the lower the level of coverage, the higher the mandatory rate reduction. This type of mechanism was included in no-fault reform bills that failed to pass a couple years ago and is one feature that Gov. Gretchen Whitmer has stated is necessary for her to support the plan.

On this score, SB 1 is slightly better. Auto insurance is a regulated industry, and insurers must get their rates approved by the state’s Department of Insurance and Financial Services. The department would not approve rates that did not reflect this change in coverage.

The other reason is that the auto insurance market is very competitive. According to DIFS, there are more than 500 companies authorized to sell auto insurance in Michigan. Or try googling “find auto insurance in Michigan.” You’ll not only discover dozens of insurers ready to give you a quote, but also dozens of websites designed to help people sift through the numerous options available to Michigan drivers. If SB 1 were to pass, these companies would all be scrambling to compete with each other to offer the lowest rates to consumers or risk losing market share.

HB 4397’s mandated rate reductions would only last for five years, so these potential issues would be temporary. And for political reasons, including these mandated rate reductions might be necessary to achieve any sort of reform to no-fault. On the whole, both bills are very positive developments in the effort to reform auto insurance and should be supported by drivers interested in taking control of their auto insurance costs.