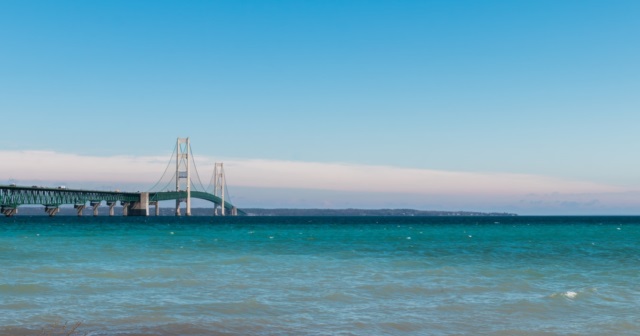 Closing Line 5 would raise prices and cause shortages

MIDLAND, Mich. — Closing the Line 5 pipeline would have substantial negative impacts on the availability and cost of energy in the Upper Peninsula, according to a new report from the Mackinac Center for Public Policy. The report examines a portion of the recommendations made by the Upper Peninsula Energy Task Force Committee and analyzes their potential impacts.

The recommendations were released by the Michigan Department of Environment, Great Lakes, and Energy in April 2020. They were developed in response to a call by a state commission for a formal contingency plan to ensure that the U.P. would have sufficient energy sources should there be a temporary or permanent disruption to the Line 5 pipeline. Given the political disputes over the pipeline, any disruption of energy flowing through the pipeline would almost assuredly come as a result of state government policy.

“The Upper Peninsula Energy Task Force’s recommendations need to be recalled and reconsidered,” said Jason Hayes, director of environmental policy at the Mackinac Center and co-author of the report. “They are aimed at mitigating the potential damages resulting from a disruption in supplies of reliable energy to the U.P. Yet the most likely disruption would be because of the governor and attorney general’s campaign to shut down Line 5 and stop the construction of the Line 5 tunnel. These policies are the reason people across the state, and especially the U.P., are facing fewer energy choices and higher prices, not some caprice of nature, geography or energy markets.”

The Mackinac Center report shows that closing Line 5, even temporarily, will leave residents of the Upper Peninsula vulnerable to price spikes and a shortage of propane. Given that approximately 23,000 households in the U.P. use propane to heat their homes, a supply shortage during the winter could be disastrous.

While the task force recommended alternative home heating options, they would come at a huge cost. Switching to electric heat would increase each household’s costs between $3,400 and $3,900 per year. In addition, the transition from propane heaters to heat pumps (which would require supplemental electric resistance heating) could cost propane-using households across the U.P. more than $25,000 each.

"Closing Line 5 is abstinence-only energy policy,” said Isaac Orr, policy fellow at the Center of the American Experiment and co-author of the report. “The pipeline is an essential source of energy for Michigan. California has shown the world how irresponsible it is to pretend that we don’t need fossil fuels. Of course, I’m sure Wisconsin wouldn’t mind adopting the U.P. if Gov. Gretchen Whitmer won’t change her mind.”

You can read the full report here.