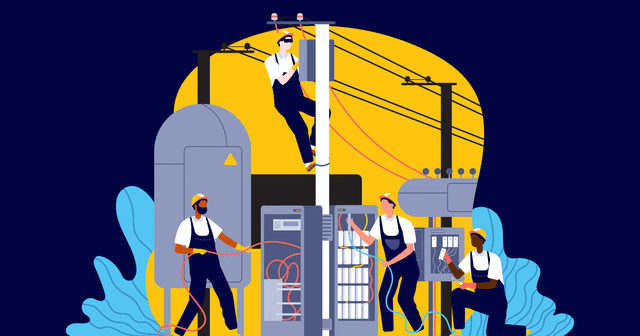 Mackinac Center primer shows how electricity is generated, transmitted and used in Michigan

MIDLAND, Mich. ­­­— Affordable, reliable electricity has improved human life in radical ways. Despite its importance, too few understand how the process works, which includes producing energy, converting it into useful electricity and delivering it to Michigan homes. To provide a better understanding of Michigan’s electricity system, the Mackinac Center for Public Policy has released a new report. “Electricity in Michigan: A Primer” explains how electricity is generated, transmitted and used throughout the state.

In Michigan, electricity is generated using a variety of technologies and fuels: steam and gas turbines, internal combustion engines, hydroelectric and other variable renewable technologies like wind and solar. A mix of coal, natural gas and nuclear provided almost 90% of our electricity in 2018, while wind and solar combined to provide less than 5%. This ratio will likely change as the state government and major public utilities have committed to expand renewable energy generation, while decommissioning energy sources like coal and nuclear, as well as many natural gas plants.

These utilities are private companies that have been granted the monopoly right to supply 90% of retail electricity in their operating areas. The electric rates and services these companies provide are monitored and approved by a state regulatory agency called the Michigan Public Service Commission. The remaining 10% of retail electric service operates under market forces, where electricity providers must compete for market share. A lack of competition in energy suppliers has led to increased costs and reduced reliability for Michigan’s ratepayers.

“Access to affordable, reliable, safe electricity has fundamentally transformed human life on this planet,” said Jason Hayes, director of environmental policy at the Mackinac Center. “We use electricity to keep ourselves comfortable, to educate and inform, and to carry out business. The lack of competition and choice that is mandated by Michigan’s monopoly utility system limits reliability and increases costs for every Michigan resident. But a better understanding of our electricity system may begin to help legislators and residents to push for more effective energy options.”

You can view the complete study here.