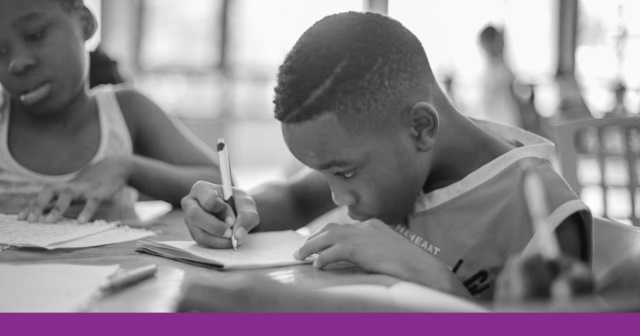 MIDLAND, Mich. —The Mackinac Center for Public Policy released today the 2019 Michigan Context and Performance Report Card. The “CAP” Report Card measures elementary and middle school performance across the state by adjusting average test scores for schools based on their unique student demographics. Schools that are “beating the odds” stand out by this measure, and the report card gives parents and educators a fuller perspective when comparing schools.

The report ranks 2,203 public elementary and middle schools across the state, including 254 charter public schools. The CAP Report Card compares multiple years of state test results to the expected result given the socioeconomic makeup of a school’s students. Because student poverty is strongly associated with lower achievement scores, this allows for a more comprehensive view when evaluating school performance.

For the second straight edition, the top-ranked school was Hamtramck Academy, a charter school authorized by Bay Mills Community College and managed by National Heritage Academies. In all, 26 of the top 100 schools in this report card are charter schools. Another Hamtramck charter school, Caniff Liberty Academy, finished as the state’s most improved school over the period studied.

Remarkably, five of the top 10 CAP Scores were earned by schools in Dearborn Public Schools. Among them, Iris Becker Elementary also retains the number one spot for long-term performance, measuring results from 2009 to 2019. On the other end, the lowest long-term performance was held by Macomb Montessori Academy, a charter school in Warren.

Even after adjusting for students’ socioeconomic status, the school with the lowest overall score in the state was STEAM Academy at MLK in Benton Harbor Area Schools. More than 40 schools from the Detroit Public Schools Community District ranked in the bottom 100.

“Parents and educators should be able to see more clearly what kind of impact their school has on student learning, rather than simply seeing results that are strongly linked to student poverty,” said Ben DeGrow, director of education policy and co-author of the study. “Our Context and Performance Report Card adds another important dimension by going beyond raw test scores.”

Following the passage of a 2018 state law, the Michigan Department of Education is expected to release its first round of school letter grades as early as next month. The law requires one of the grades schools receive to measure state test performance when compared with other public schools “serving a similar pupil population,” but it isn’t yet clear how rigorous or reliable this measurement will be.

You can view an online database where you can look up the score of any school at https://www.mackinac.org/CAP2019. The complete report card can be found here.