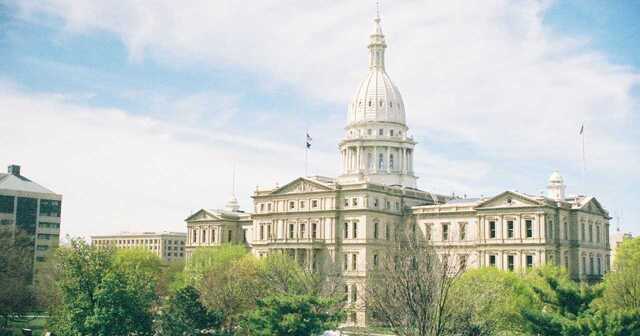 More Revenue in Lansing Seems Like a Higher Priority To Gov. Whitmer Than Fixing The Roads

It's more about raising taxes than it is about roads

The governor ran on a promise to fix the roads and to fix them with more money. It turns out that the “more money” part of her pitch mattered more than fixing roads. This preference was part of her campaign even if it wasn’t her main talking point; residents can now hear the dissonance between the two goals in the current road funding debate.

If roads were the most important priority, then the governor’s budget and tax proposal would be different. She called for a $2.5 billion fuel tax hike in order to spend $1.9 billion on the roads. If fixing roads was the intent, rather than more money for other priorities, road funding would increase by at least $2.5 billion, the amount she called for in tax increases.

Or better yet, other spending in the state budget would be lowered, to redirect more resources to roads. Like these items. And if Gov. Whitmer was not able to get as much as she wanted through spending cuts, then she could propose a smaller tax increase.

Taking those steps would be a clear way of showing that roads are a priority.

Her budget does include some cuts. She kept her budget clean of the pork barrel projects approved late last year. She also didn’t include K-12 grants for things the House or Senate approved, like a study on an alleged teacher shortage or a pilot program for social-emotional learning. She wanted the Pure Michigan advertising campaign to spend $5 million less than it has in the current budget.

The governor said that if lawmakers are not open to her gas tax hike, she’s open to other plans to raise state revenue by $2.5 billion. This also supports the idea that tax hikes are more important to her than road funding. Otherwise she’d be open to plans to raise $1.9 billion instead.

She has said that she’s open to borrowing money to spend on the roads. That can put more money in the transportation budget over a short term, but interest on the debt would mean fewer dollars going to roads over the long term. We’re still paying off road debts issued in the Granholm and Engler administrations, using current revenue to pay interest rather than fix roads.

So, her priorities seem to be:

Her goal, then, is to put more money into the state government, with roads being a beneficiary, but not the only one.

This should not be a surprise. Her largest campaign message was about the roads, but she ran on other fiscal policy priorities. She promoted more spending on education and water infrastructure, for instance, and her proposed budget follows through on those pledges. So, the idea that she’s interested in raising money to spend on her priorities has been established — even if it sounds at odds with her one-sentence campaign slogan about the roads.

She has supported her plan as a way to end the “shell games of the past,” where road work is financed in part with fuel and registration taxes and in part with general tax revenue. Yet by not devoting the full tax increase to roads, her proposal holds the state back from fixing them, which she repeatedly mentions is her top priority.

As legislative leaders meet with the governor and her staff to sketch out a deal, voters should know that the desire to raise taxes is more about raising taxes than it is about roads.