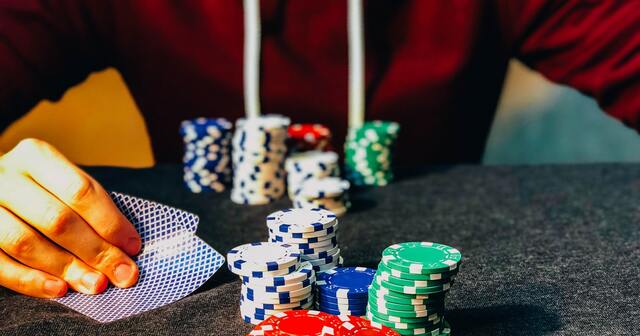 Font size:
House Bill 4311: Permit, regulate and tax internet gambling: Passed 35 to 3 in the Senate
To establish a comprehensive regulatory and licensure regime that allows the Detroit and Michigan Indian casinos to enter the internet gambling business. Operators would have to pay $100,000 to get a license with a $50,000 application fee and a $50,000 annual renewal fee, and would be subject to a complex state and local tax regime with rates ranging from 4% to 23% on internet gambling revenue.
House Bill 4916: Allow sports betting through casinos: Passed 35 to 3 in the Senate
To allow and establish a comprehensive licensure and regulatory regime for sports betting through Michigan Indian casinos and Detroit casinos, subject to an 8.4% state tax on receipts.
House Bill 4308: Permit and regulate fantasy sports games: Passed 35 to 3 in the Senate
To establish a permissive licensure and regulatory regime on fantasy sports games and contests that offer money prizes, with games subject to specified restrictions and requirements, under rules the Michigan Gaming Control Board would promulgate. The bill establishes an initial license fee of $10,000 for would-be vendors with $5,000 annual renewal fees. The Detroit and Indian casinos could participate without this license.
Senate Bill 248:Mandate prescriptions be emailed to pharmacies: Passed 38 to 0 in the Senate
To mandate that prescriptions be electronically transmitted to a pharmacy of the customer's choice, with various exceptions, and revise other rules related to prescription drugs.
House Bill 5176: Restrict governor's fund-shifts to legislative appropriations: Passed 38 to 0 in the Senate
To revise rules on the governor transferring funds appropriated by the legislature to a different purpose than the one originally specified. This is part of a compromise agreement between Democratic Gov. Gretchen Whitmer and the Republican-controlled legislature to increase spending that was earlier removed by the governor from the 2019-20 budget passed by the legislature through line item vetoes and fund shifts. This is a negotiated agreement that gives the legislature authority in this year's budget only to reverse some of those fund shifts.
House Bill 5176: Restrict fund-shifts in legislative appropriations: Passed 107 to 0 in the House
The House vote on the fiscal year 2019-20 budget deal described above.
Senate Bill 455: Give more tax breaks to particular “data center”: Passed 55 to 53 in the House
To exempt a particular “data center” business that is also benefiting from state “renaissance zone” subsidies and tax breaks from additional local and school personal property taxes (which are levied on business tools and equipment). The bill would exempt the equipment owned by the Nevada company that occupied the former Steelcase “Pyramid” building in Grand Rapids from local debt millages, local special assessment levies, and some school property tax levies ("revenue enhancement" millages and "sinking fund" taxes).