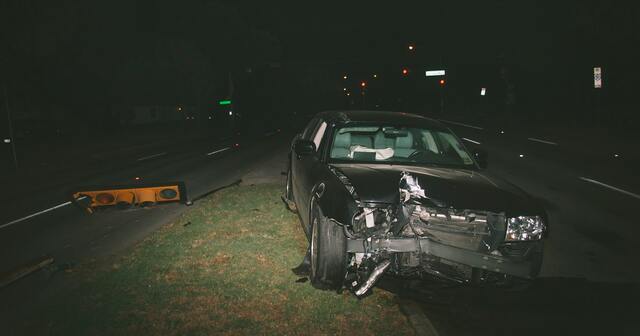 A recent piece from columnist Mitch Albom excoriates the recent changes to Michigan’s auto insurance laws. He writes that the changes are “ugly” and “shameful”; the promised savings are only a “handful of beans” and a “shell game”; and the new law is “ignoring the most vulnerable” and will lead to a “lousy future” where “people will die.” Albom tries to tell readers that this is not hyperbole … but it is. He can only arrive at these absurd conclusions by ignoring all the costs and negative ramifications of Michigan’s broken auto insurance system.

In sum, Albom’s article “The ugly truth of Michigan’s no fault reform bill” is making a simple point: For people who can afford insurance and then get catastrophically injured in car accidents in Michigan, the system provides top-notch and very expensive treatment at no additional cost to them. It includes lifetime benefits of fully paid medical care, compensation for missing work, at-home care and more.

This argument is understandable. Whenever Michigan has tried to reform its laws, people with serious injuries from auto accidents showed up to protest. Their stories are heartbreaking, and Albom’s article relies on several of them to bolster his argument.

(It should be noted that nothing will change for people who were catastrophically injured in an auto accident before these changes and currently receive benefits through Michigan’s no-fault system. Albom’s article implies that these benefits will be taken away from them. They won’t be.)

But what the column wholly excludes is what the old system costs. Its extraordinary benefits are only used by a tiny fraction of the people who buy auto insurance and an even smaller fraction of those who drive. But everyone paid for it, which is a chief factor why Michigan’s auto insurance is the most expensive in the nation. It’s nearly twice as expensive as the national average and far higher than the other Midwest states. In Detroit, the average auto insurance premium is more than $5,000 annually. Premiums, medical costs and lawsuits: In Michigan, they have all skyrocketed, far above other states.

Unsurprisingly, this priced people right out of coverage. An estimated 20% of drivers bought no coverage, including half of Detroiters. The people who drive without insurance are not covered by Michigan’s personal injury projection insurance. That’s hundreds of thousands of people who get the worst of both worlds — driving illegally and without financial protection. Countless others do not own a car, because they cannot afford to insure it. These people lose job opportunities and all the other benefits that come with the freedom of mobility obtained by owning a personal vehicle.

Lawmakers and Gov. Whitmer reformed the current system by providing drivers with options. No one will be forced to buy the previous coverage, which was extremely expensive and used only by a few. Drivers can choose a lower amount of coverage — at a lower premium price — if they have medical coverage through some other insurer.

But even with these changes, Michigan’s auto insurance coverage will still be, by far, the most generous in the nation. So, for all of Albom’s criticism of the new system, if you follow his logic, the hundreds of millions of Americans in the 49 other states will still be even worse off than Michiganders are supposedly going to be.

The column assumes that it is worthwhile for every person to pay thousands of dollars per year for auto insurance they are extremely unlikely to ever need. But that trade-off is often not worth it, and most people understand this. Consider an analogy: Walking insurance. Michigan could consider passing a law mandating that every person in the state buy “walking insurance” — top-notch health coverage for anyone hurt while walking. After all, everybody walks at least a little bit and exposes themselves danger. Thousands of people are killed each year while walking, and many others hurt themselves in more minor ways. So, should the state force everybody to buy this insurance? Think of the fantastic coverage those injured while walking could get!

Well, of course, the state should not do this. People are already required by federal law to have medical coverage — it’s called health insurance. They can add a rider onto insurance policies if they want, but it’s typically not worth it, and only a fraction of people choose to do so. In other words, individuals decide what risks they are willing to take.

It’s hard to estimate exactly how much Michigan drivers will save on insurance on average, but many could save thousands per year. That will ultimately be up to them. Regardless, Michiganders can rest assured that, even after the new no-fault system goes into effect, they will still be able to get extensive medical coverage if they want it. And even if they don’t, they will still have a similar level of coverage as most all other Americans. Is that really such a “lousy future?”