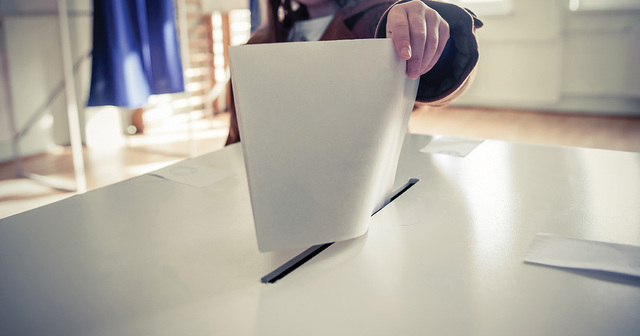 Public employees deserve the chance to vote on whether they want to keep their unions.
Publications / Viewpoints

Editor’s note: A version of this was originally published by The Detroit News.

George Romney was governor and Lyndon B. Johnson was president. Marvin Gaye topped the charts. Pontiac won the Motor Trend “Car of the Year” award. Personal computers, cellphones and the internet were not yet invented.

Over the last five decades, Michiganders have seen many changes, including six governors and 10 presidents. We have voted in over 100 elections for representation in the Michigan Legislature and in Congress. We have even had several votes on whether to amend our very system of government and revise the Michigan Constitution.

Many government unions were voted in half a century ago — long before many current public employees were even born, let alone part of the workforce.

Yet since 1965, most union members in the public sector have never had the opportunity to vote on which union represents them in the workplace. That’s because many government unions were voted in half a century ago, long before many current public employees were even born, let alone part of the workforce.

In fact, in Michigan’s 10 largest school districts, less than 1 percent of teachers have ever had the opportunity to vote for the union that represents them; the other 99 percent simply inherited a union card.

In most cases, once a union is certified, it’s in for good. Members wishing to bring their representation to a vote face an uphill battle. Usually, they only have a short window of time to gather support and then must face a campaign against a well-financed and experienced union staff.

Even with right-to-work, Michigan’s public employees deserve more rights. Right-to-work means that unions cannot get a worker fired for not paying them. But because unions in Michigan have a monopoly on the workers they represent, they still speak for all employees, members or not. This means workers who opt out of union membership are still forced to accept representation from a union they almost certainly did not elect.

The pressure of having to earn dues under right-to-work does result in unions better serving their membership. But rather than just voting with their pocketbook, public employees should have a true and direct vote.

Lawmakers in Lansing have realized this and are working to empower public employees by giving them a voice and a vote.

Reps. Gary Glenn, R-Midland; Tim Kelly, R-Saginaw Township; and Jim Lilly, Park Township, have introduced House Bill 4399, which would give government workers across the state the right to re-elect their union on a regular basis. It would ensure that a union card is freely chosen and not an heirloom. The bill only applies to public employees because Congress would need to act to allow private sector employees to re-elect their unions.

Wisconsin implemented union democracy in 2011 and provides a good example of how the process could work in Michigan. There, unions face re-election every year. Voting takes place via phone over a 20-day period, and the union must receive support from a majority of employees in the bargaining unit. Even workers who have opted out of union membership under right-to-work can vote because they still must accept union representation under union-negotiated contracts, as is the case in Michigan.

This true union democracy would also strengthen unions through competition and give less-established, local unions that rarely have the chance to organize a workplace a shot at gaining new members.

Regular elections are a staple of democracy and any organization that bills itself as giving workers a voice must afford its own members the same right.

Michigan — aside from its unions — has changed a lot since 1965. Most laws, policies and institutions here have fairly received some scrutiny over the last 50 years, and that has paved the way to improvement. Politicians must justify the work they’ve done and the decisions they’ve made to the people they represent every few years or lose the authority to represent them.

The same should be true of unions.

Legislators have the power to bring accountability to the workplace and afford the democratic rights their constituents enjoy to union members. It’s time for full union democracy.