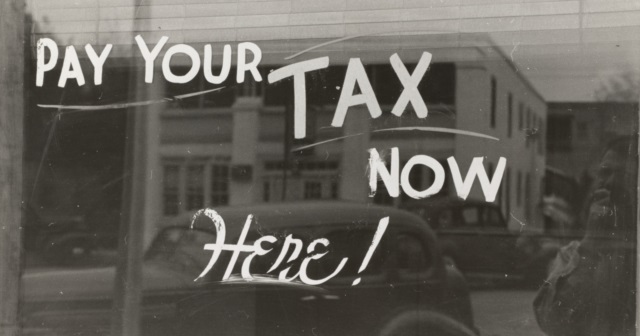 A $1.5 billion graduated income tax would be a step back

Editor's Note: This article first appeared in The Detroit News on March 11, 2020.

Currently, Michigan taxes income with a flat tax, meaning everyone pays the same rate, and the more income you earn, the more taxes you pay.

Unlike previous efforts — which have been easily defeated at the ballot — this attempt to change the Michigan Constitution doesn’t simply repeal the flat tax, but uses multiple selling points:

But there are a number of concerns that should give anyone pause.

The proposal creates a constitutionally required $1.5 billion increase in state revenue from income taxes by 2023. This is an oddly specific mandate to include in a constitution, a document designed to delineate the foundational powers of government.

It is not clear why changing how the state taxes income would require this revenue guarantee in the state constitution. It will also be antiquated in two years time.

The proposal would also upend important checks and balances. The constitution gives the Legislature the power to impose taxes and declares that power “shall never be surrendered, suspended or contracted away.” Yet, this proposal gives the governor the ability to impose tax rates unilaterally, to veto what lawmakers suggest, and to impose the rates she wants by executive order, which cannot be rejected by the legislature.

These are long-established and fundamental principles of governance that this proposal seeks to change, and in the process, creates new gray areas.

This will result, undoubtedly, in legal challenges, which will flood the courts and send the lawyers singing all the way to their online bank.

Also, beginning in 2025, the guaranteed cut in income taxes for residents who earn less than $175,000 goes away. After Jan. 1 of that year, lawmakers and the governor can enact legislation that establishes tax rates of whatever they want — provided they increase with income. As we’ve seen in other states, the “progressive” income tax affecting only the rich is the camel’s nose under the tent — before long, the income tax rates start increasing for even middle-class families.

What problem, exactly, is this proposed constitutional amendment trying to solve? Proponents say it is simply about fairness in the tax system. Some argue that it’s about making the rich pay a higher share and solving income inequality.

It’s unlikely the proposal will deliver that.

What’s “fair,” of course, is in the eye of the beholder, but this is stretching it beyond its logical limit. This “fair individual income tax” treats individuals differently based on how much income they earn and plays different economic classes off each other in order to do so. Presumably, the current system is “unfair,” by taxing everyone at the same rate, no matter their income level. If not truly Orwellian, it’s at least a head-scratcher.

There are 18 states which have a flat income tax rate or none — nine that, like Michigan, have one flat rate and nine that essentially do not tax income at all.

Tax rates matter. And people seem to like lower rates: All of the fastest growing states have flat or no income taxes while four of the five slowest growing have graduated tax rates (the other is Illinois which is considering one). Those pushing this constitutional amendment seem to understand that, which is why they emphasize cutting taxes on most people, at least initially.

Because of exemptions and credits, Michigan’s flat tax already acts a bit like a progressive tax system. Michigan residents pay essentially zero in income taxes until earning $16,000 per year, and the 5% of citizens who are earning more than $175,000 already pay more than 40% of all income taxes.

A lower, flatter tax rate is better than one which allows politicians to play at class wars.