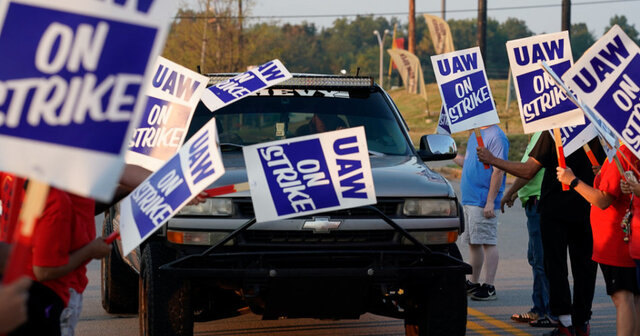 For the first time in decades, state falls outside of the top 10 nationally in unionization

For the first time in perhaps a century or longer, Michigan no longer ranks among the top 10 states for unionization. This is the result of a trend that accelerated after workers were finally given a choice in union membership in 2013.

After much of the auto industry was unionized in the 1930s, Michigan became known as the “birthplace of organized labor.” Flint and especially Detroit became important cities for labor interests in the United States, and labor unions established themselves major players in Michigan’s economy and political scene.

In time, unionization rates started to decline, both in the country and the state. Even so, Michigan was long a national leader for unions’ presence in the workforce. In 1983, the furthest back the relevant survey numbers go, it had the second-highest percentage of unionization in the private sector of all states.

But much of that dominance was driven by state laws requiring workers in organized workplaces to pay dues or fees to a union in order to hold a job. That legal climate changed in 2012, when the Michigan Legislature passed a right-to-work law, allowing workers the ability to keep their hard-earned money and not be fired for choosing not to financially support a union. At the time, Michigan still had the fifth-highest rate of unionization in the nation.

But the slow decline in membership rates would accelerate after the right-to-work law took effect in early 2013. Newly released numbers from the U.S. Bureau of Labor Statistics shows that the state fell to 11th place for union membership in 2020.

A similar trend has befallen public sector unions in Michigan, where unionization rates fell from 10th to 14th since 2012, according to data from www.UnionStats.com. 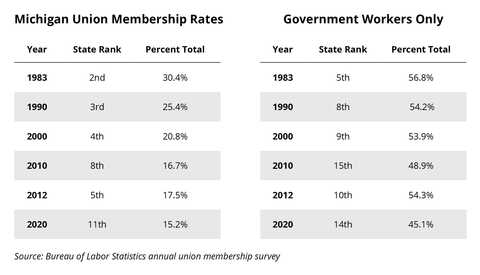