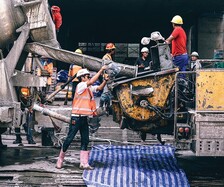 When people in Michigan want food, they can buy from a big box store like Meijer or Kroger, a local grocer, a convenience store or somewhere else. They also have the choice of going out to eat – everything from the McDonald’s dollar menu to a five-star restaurant.

The choices are endless and there is little government interference. Individual choices and competition determine the market, and there is a huge variety in quality and price.

This is true for most of the goods and services we buy. When citizens go to the auto mechanic, need a new furnace, or want a new deck or basement, there are lots of options.

Repealing the law just repeals the mandate; local public entities can pay higher amounts if they find it worthwhile.

But if those same citizens work for a public entity, their choice is severely limited. For carpenters, truck drivers, electricians, glaziers, ironworkers, plumbers, roofers, landscapers and many, many more, the wages they might earn are set by the government, not their preference. That’s because of a 1965 law known as “prevailing wage,” where hyper-specific union wages are set for anyone doing public construction work.

In Detroit, where the average income is $26,000, it doesn’t matter if an individual is willing and able to do grass seeding for $25 per hour. State law says that the person needs to make $28.98 per hour. This prevents competition and cuts off the bottom end of the ladder for anyone entering the field.

The law is complex and hard to administer and understand. For just one position in one county, there can be dozens of classifications. In total, there are an estimated 500,000 classifications — in a state with just 162,000 construction workers.

The law is confusing and inefficient. Many workers are qualified in several different areas under its oversight. Because wage rates are set so specifically under the law, a person who is a painter and also a roofer can’t just go from one task to the other. And what about a worker who, while doing drywall in a school, wants to fix an electrical outlet? Electrical work is classified differently. Construction firms are supposed to extensively track the work performed by each worker on a project, simply to avoid violating the law. The result: a lot of inefficiency, huge headaches and extra costs.

These costs add up, in ways seen and unseen. The Anderson Economic Group found that the law inflates wages by 25 percent and cost taxpayers more than $2 billion from 2002 to 2011. That’s a lot of money that could have been saved or spent much better.

The typical critique of repealing prevailing wage laws is that it doesn’t actually save money because union-paid workers do better quality work, and the law puts extra money into the community through the higher wages it requires. Both of these arguments fail the logic test.

If paying higher wages is worthwhile, schools, cities and universities (like private industry) will do so. Repealing the law just repeals the mandate; local public entities can pay higher amounts if they find it worthwhile.

And the money “put back into the community” in the form of arbitrarily higher wages comes from somewhere. But when taxpayers and schools save money, it stays in the community. As a bonus, the amount spent on the project is determined by managers who know what is needed for the specific situation.

Hundreds of thousands of people have signed petitions calling for the repeal of Michigan’s prevailing wage law, and the Secretary of State now has those petitions. It is likely that in the coming weeks, legislators will decide whether to repeal the law and reestablish market wages for public construction.