After having gone through a one-state recession and then a prolonged national recession, Michigan’s economy went through a lot in the 2000s. The state has recovered since, but a comparison of the private and public sectors shows that the public sector’s recovery has been stronger. 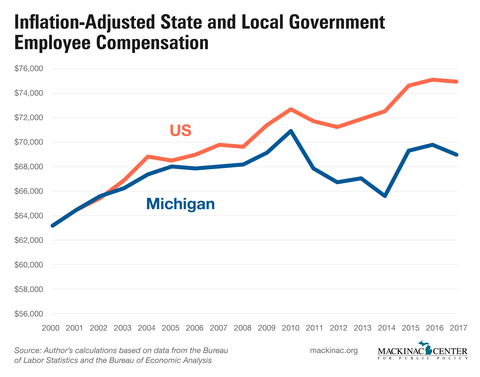 The trend in the private sector is different. In Michigan in 2000, average compensation was 6 percent higher than the national average. It fell to 6 percent below that average by 2010. And even though average compensation in both Michigan and the U.S. has increased since then, the gap between the state and the national average has remained around that level. 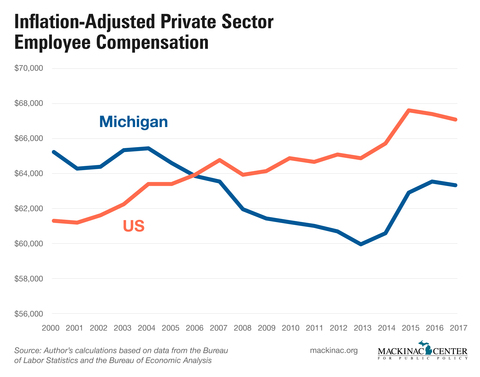 It is good that compensation is gaining in both sectors, but there is another difference between the public and private sectors in Michigan. Most economic observers expect that the private sector would be more volatile, and for its compensation to have gone through a worse time during the terrible 2000s. The public sector, by contrast, is normally expected to be less responsive to business cycles. But that is not how things are playing out in the recovery. Public compensation in the state is catching up to the national average, but private sector compensation has not — at least, not yet.