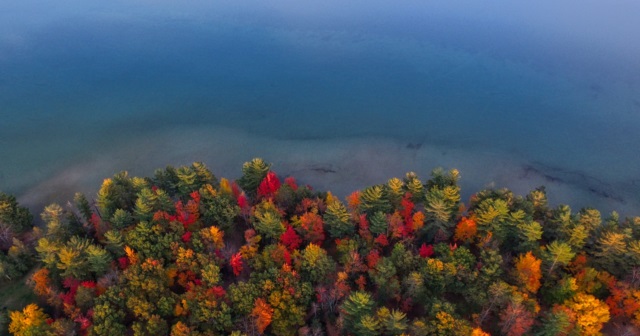 Michigan Voters Could Change How Land Resources Are Spent

MIDLAND, Mich. — A new report from the Mackinac Center for Public Policy offers Michigan voters an analysis of Proposal 1 on the state ballot. The proposed constitutional amendment would change how the State Parks Endowment Fund and Natural Resources Trust Fund operate. The report explains the current operation of these funds and what the proposed amendment would change.

The state earns leases and royalties for letting companies mine for minerals and drill for oil and gas on public property. The funds made from these activities are held in these trusts, and then go towards parks and to build up their endowments. The proceeds from the leases and royalties have brought in around $25 to $30 million for each of the past five years.

This amendment would change where the proceeds go after both funds reach their limits. Right now, the two funds contain around $800 million, more than half the amount of their combined $1.3 billion cap. Currently, once the cap is met, the additional revenues become part of the state’s general revenues, which may be spent at the discretion of lawmakers. The amendment would eliminate the monetary cap on the NRTF and, instead of becoming part of the state’s general revenues, any excess funds would stay within the trusts to be spent on land acquisition, improvements and developments.

A broader issue is whether the state should bind lease and royalty revenues in the first place. Since the revenue is coming from state-owned resources, voters might consider whether that money should continue to be spent to maintain those public lands and recreation resources or on other general spending priorities.

“Voters get to decide whether revenue earned from mining and drilling on public property should be treated like any other dollar of general taxes,” said James Hohman, director of fiscal policy and co-author of the study. “It’s understandable to want to bind money earned from lands held for the benefit of the public to spending that provides public benefits.”

The report also looks at the need for construction in state parks. The proposal makes the development of parks a higher priority. State parks have a backlog of needs, even though lawmakers have been able to decrease this in recent years. There are more opportunities to partner with local governments to develop their parks as well.

“Proposal 1 presents Michigan residents with an important, forward-looking question,” said Jason Hayes, director of environmental policy and co-author of the study. “How voters feel about Proposal 1 will decide whether Michigan will reserve oil and gas, or mineral development royalties specifically for the conservation of natural resources, or if they will used them for other state expenses.”

The full report can be viewed here.