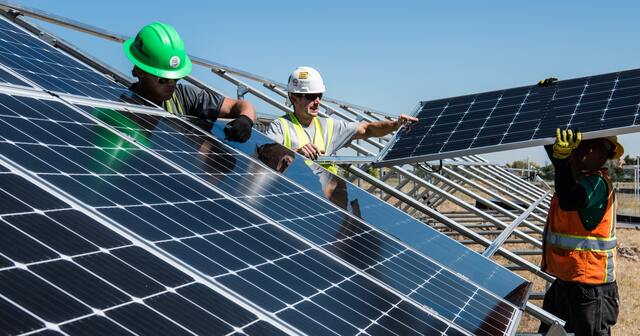 Installers have operated for decades without any apparent problems

A new bill would impose additional licensing requirements on people who install solar panels in Michigan. Solar installers have been operating for decades without any apparent problems. Given that, these new licensing mandates are a solution in search of a problem.

House Bill 4125 has passed the state House and is heading to the Senate. According to the bill analysis, “The bill would specify that a license and appropriate employment and supervision are required for the electrical wiring of a renewable energy source. However, it would also add to the list of instances where a license is not required for the alteration or repair of electrical equipment for the generation of electric current of a renewable energy source that is not owned and operated by an electrical energy supply agency.”

Most electrical work in Michigan needs to be performed by state-licensed electricians (or apprentices under their supervision). But there are exceptions: for minor repair work, for homeowners, for those working on elevators, escalators, pumps, security alarm systems, lawn equipment and more. Right now, those who install and maintain solar panels do not need a license, but the bill proposes to change that. This would require thousands of hours of new training for each person not possessing an electrician’s license and who works on installing solar panels.

Being an electrician is a dangerous job — among the most dangerous in the construction industry. But, contrary to what many believe, state-mandated licensing does not necessarily make the profession safer. According to a study from the Bureau of Labor Statistics, as of 2007, states like Illinois, Indiana, Kansas, New York and Pennsylvania had no state-mandated licensing of electricians. Comparing the states that required licensing and those that did not, the study found that “the impact of occupational regulation on deaths and injuries is statistically insignificant or indeterminate.”

Lawmakers may believe that by passing this bill they are better protecting the public and workers. But the evidence shows they are simply raising the costs of installing solar panels — erecting licensing barriers will result in fewer workers and ultimately higher costs — with no corresponding safety benefit.