Michigan Needs to Rethink How it Does Economic Development 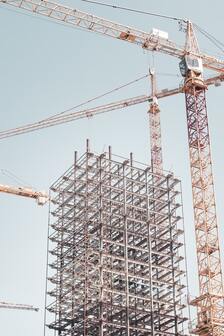 Ideally, states should not be taxing or subsidizing businesses. If they do, every company should pay the same flat rate.

A review of the academic literature from the nonpartisan Tax Foundation finds that it is almost universally agreed that taxes affect growth. After looking at 26 studies going back to 1983, the foundation concluded, “Of those studies that distinguish between types of taxes, corporate income taxes are found to be most harmful, followed by personal income taxes, consumption taxes and property taxes.”

In Michigan, the state budget relies very little on taxes from businesses. But it isn’t because we don’t tax our companies – it’s because the state gives tax credits to select companies, handing out almost as much as it brings in from businesses. Business taxes only raise 4 percent of the state’s revenue, and the state also pays out 4 percent of its revenue in business subsidies. If the state had never gotten into the game of giving select tax breaks and subsidies in the mid 1990s, businesses could pay next-to-nothing in taxes and the state budget would be the same.

Unfortunately, politicians – and too many business managers – are drawn to short-term thinking. They focus on an immediate benefit or helping just a few without considering the long-term costs or how this will hurt the many.

Many businesses do understand this, fortunately. The Michigan chapter of the National Federation of Independent Businesses, or NFIB, consistently opposes programs offering select breaks. The Michigan Chamber of Commerce fights for a flat tax system. And, of course, the bulk of companies across the state start and run their businesses with no special favors.

Two other businesses in the state were willing to act without government favors.

Detroit has reportedly been passed up for major events because it lacks enough hotel rooms. To meet the demand, the Crowne Plaza in downtown Detroit planned on adding another tower with 500 more rooms. Company officials didn’t want subsidies. They didn’t want favors. They just wanted approval from the city to build a new building. But now, they won’t be making the $164 million investment because the city council refused to approve it after the hotel didn’t give in to demands to sign a an agreement that would give an advantage to labor unions.

The mortgage lender United Shore moved to Pontiac this summer, spending $85 million to buy and renovate an old General Motors location. The owner, Mat Ishbia, learned he was eligible for various tax incentives.

"We originally were under the impression that they were going to require us to do more than we had originally planned in environmental things that we didn't think were necessary," Ishbia told the Detroit Free Press. The Free Press notes that “once it was clear he didn't need to spend that extra cash, he saw no point in taking the public's money in tax breaks to do what he was going to do anyway.”

The company declined $1.9 million in special financing from Oakland County. At the ribbon-cutting, Ishbia said business incentive money should go to schools or other causes.

"We didn't take any handout as a business to get to where we are today and we're not starting today. Let them use it for the right thing," he added. "It's not my money. It's the taxpayers' money, and it shouldn't be coming to United Shore. … Hopefully, we kick-start a trend of companies not taking money when it’s not needed. That’s how cities can really grow.”

It’s difficult to successfully start and run a business. Managers shouldn’t be blamed for applying and taking incentives that lawmakers offer. But it’s praiseworthy when they resist them.

The competitiveness of the business environment is precisely why the government does such a bad job trying to pick the “winners.” And without special subsidies, the state could afford to get rid of all business taxes. That would be a better path.