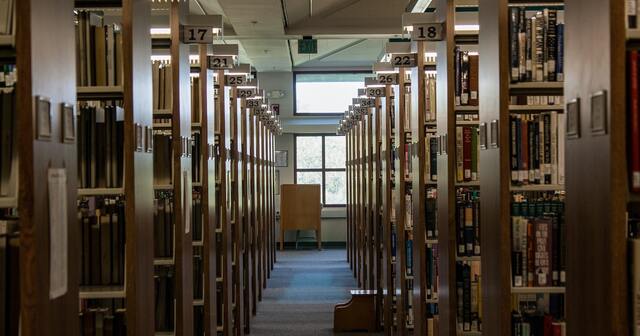 Michigan has made a major move toward funding its public colleges fairly. For too long, the amount any particular university received from the state depended on considerations of political power rather than on its performance or need. But a legislative appropriations subcommittee has unanimously approved a bill that would do away with the current arbitrary spending method. Instead, it would set a standard per-pupil allotment, and colleges would receive funding based on how many students they enroll. This is a much more equitable system, and a long-time Mackinac Center recommendation.

Historically, Michigan has appropriated money to its 15 public universities and 26 community colleges without an established formula. The result is radically different amounts of money for different schools, ranging from $3,100 per student at Oakland University to $9,100 per student at Wayne State University. The proposal would scrap that system and fund each student equally, similar to how the state’s foundation allowance works for K-12 school districts.

The current system of funding colleges in Michigan is, as Rep. Mark Huizenga, R-Walker, explained, largely based on universities’ past political power. As a result, the state’s most well-known schools — U-M, MSU and Wayne State — get by far the most funding. But that punishes schools that do relatively well in keeping tuition low and enrolling and graduating more students, such as Grand Valley State University and Central Michigan University. In short, it’s hard to justify the current system. 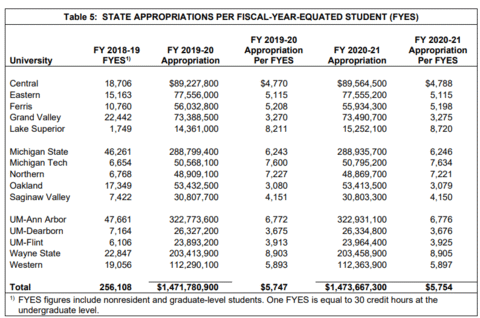 Under the student-centered focus of the new legislation, the state would spend the same amount now that it does now. But the universities that have grown accustom to the state’s largess on their behalf are not happy about it.

Dan Hurley, the lobbyist for public universities, said the proposal shows that lawmakers “continue to not prioritize college affordability through additional investment." He continued, “Nowhere and at no time in this country have I seen an attempt by state lawmakers to propose a wholesale reallocation of existing state investment in its public higher education system.”

That is a strange argument. First, in the proposed funding change, more universities would get increases than would see decreases. So, playing the numbers game, the proposed system benefits more schools than it harms. Second, the fact that Michigan has had a subjective and unfair funding model is not a good reason to keep one in place.

Mike Hansen, the lobbyist for Michigan’s community colleges, expressed concerns that the bills would cut funding for some smaller colleges. That’s true, but it’s only half the story. The change would increase funding overall, and it would mean the colleges serving the most students would get the most aid. That’s as fair as it gets when it comes to appropriating state dollars to institutions claiming to provide a public service.

The proposed reform is a positive step forward, but lawmakers should also consider using strong performance metrics in their funding decisions. Schools that have high graduation rates, low tuition, high job placement rates and serve traditionally underserved populations should be supported at higher levels. But if we aren’t going to do that, moving to a system where every Michigan college student is funded equally is the way to go.

House bills 4400 and 4401 now move on to the full appropriations committee. In order to go into effect, they need to be passed by the state House and Senate and signed by Gov. Gretchen Whitmer during the budget process.