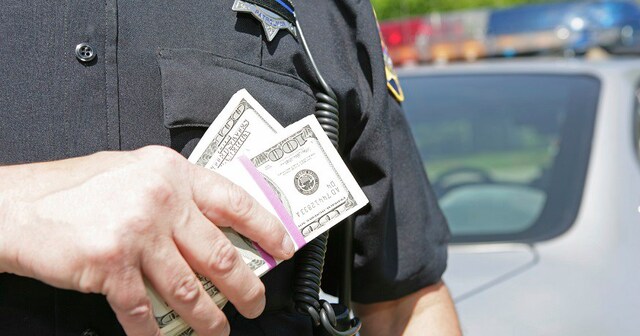 This article was originally published by the Institute for Justice. To see more Michigan-specific work on forfeiture, please visit www.mackinac.org/forfeiture.

Crime doesn’t pay, but being innocent in the wrong place can cost you big time under Michigan’s civil forfeiture laws. The sheriff’s department of Oakland County, Michigan (in suburban Detroit) froze more than $10,000 in the bank account David Barnes shared with his mother after a November 2014 raid on a building their family owned. Officials allegedly thought a company operating inside the building was involved in drug trafficking. According to ABC 7 Detroit, all charges later filed against Barnes were dropped. But through civil forfeiture, the department continued to freeze his bank account.

Under civil forfeiture, law enforcement can seize property — or freeze private bank accounts — when they have reason to believe the property is tied to wrongdoings. Prosecutors can then forfeit the property (through litigation which legally transfers ownership to the government) even if they don’t charge the property owner with, let alone convict him of, a crime. Although a judge ordered Oakland County law enforcement to unfreeze Barnes’ bank account in February 2016, Barnes’ attorney believes officials intentionally ignored the order for months, resulting in multiple hearings and a court appearance. Barnes didn’t get his account back until last week— 22 months after the judge initially ordered the return of his property.

Unfortunately, Barnes is not the only Michigander to run afoul of abusive forfeiture laws. In 2013, the federal government used civil forfeiture to seize more than $35,000 from Terry Dehkos’ grocery store bank account and more than $70,000 from Mark Zaniewski’s independently owned gas station, even though neither had done anything wrong. The government eventually returned the money, following nearly a year of litigation, after the business owners teamed up with the Institute for Justice to fight back.

According to IJ’s “Policing for Profit” report, the Wolverine State earns a D- for its civil forfeiture laws because of its allowance for forfeiture without a criminal conviction, poor protections for innocent owners whose property was allegedly involved in a crime without their knowledge or consent, and allowing law enforcement agencies to keep as much as 100 percent of forfeiture proceeds. This broken system encourages police to treat citizens like ATMs; from 2001 to 2013, law enforcement pocketed more than $244 million from forfeiture proceedings that have ensnared innocent people like Barnes, Dehkos and Zaniewski.

Earlier this year, Michigan Gov. Rick Snyder signed HB 4629, which eliminated a requirement that property owners pay a cash bond of up to $5,000 before they can challenge a civil forfeiture case in court. Although a good first step, lawmakers should do more to protect innocent people’s property rights. Potential improvements include repealing civil forfeiture and replacing it with criminal forfeiture, in which the judge and jury that found a suspect guilty of a crime would also determine whether the defendant’s property should be forfeited because of that crime. Lawmakers should also eliminate the policing for profit motive by transferring all forfeiture proceeds to the state general fund instead of the seizing agency’s coffers.

Michigan should also ensure its law enforcement cannot circumvent future reform by colluding with federal agents, as often happens across the country. Under the U.S. Department of Justice’s equitable sharing program, local police can outsource the court battles over property they seize under Michigan law to federal agencies litigating under federal law. This bait-and-switch enables the federal government to kick back nearly 80 percent of forfeiture proceeds to the state agencies that made the seizure. Between 2000 and 2013, Michigan agencies pocketed more than $127 million this way. Lawmakers can close a portion of this loophole by requiring the use of Michigan’s forfeiture law when state and local agencies make stops and seizures under state law.