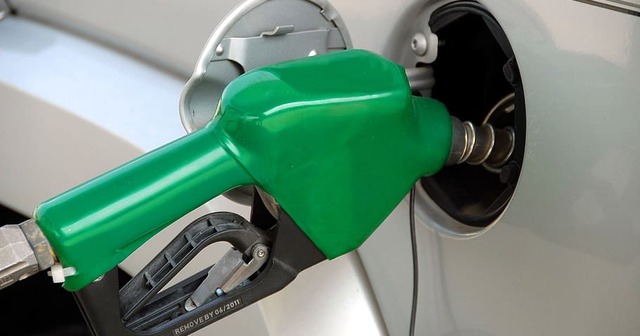 The state’s current budget debate is not about cuts

Some Michigan legislators have introduced bills that would take the money the state collects from the sales tax levied on fuel and spend it on roads. This would increase transportation funding without raising taxes. It also would mean we are no longer a rare state that applies the sales tax to fuel but doesn’t spend that revenue on roads.

The immediate reaction to the bill was a claim that it would cut education spending. One education interest suggested that lawmakers ought to consider tax hikes instead. The executive director of the Michigan Association of Superintendents & Administrators, Chris Wigent, told Lansing insider newsletter MIRS, "[W]e cannot continually look to the School Aid Fund as the state’s piggy bank.” He added, “Michiganders support raising revenue for schools and key services."

But education spending doesn’t have to be reduced unless lawmakers want it to be; they can budget for more road funding without lowering education spending. And economic growth can ensure that lawmakers can increase funding for their priorities without raising taxes.

Under today’s fuel prices, roads would receive $715 million more a year and the School Aid Fund would miss out on $524 million a year when the redirection is fully phased in.

The state continues to collect more in tax revenue year after year, and administrators expect tax revenue dedicated to the School Aid Fund to increase by $1.1 billion over the next three years. Or to put it another way, the fund’s revenue is already expected to increase by a larger amount than would be added to the road budget.

All that is on top of past growth in state funding for public schools, which is up $1,200 per student, adjusted for inflation, since fiscal year 2010.

Reprioritizing revenue happens regularly, as legislators compromise to make their long-term funding plans, and schools have been a major beneficiary. Lawmakers dedicate over a quarter of the $10.6 billion income tax to schools, for instance, but other spending interests don’t call that spending ­— $2.9 billion worth — as a cut to Medicaid or whatever other spending item that could have received that money.

Schools and roads aren’t the only things that lawmakers care about, either, but it would be foolhardy to treat spending on any other budget item as a cut to the rest. The governor called for $40 million in “local climate resilient infrastructure grants” for local governments. But that doesn’t get treated with the same disdain as redirecting tax revenue from schools, even though that money could easily go to schools.

There are other ways that lawmakers can ensure that schools come out ahead, too, as they make their budgets. They could adopt greater responsibility for paying down the $33 billion in school pension debt, for instance. Both schools and the state put $3.4 billion into the system last year. Tweaking the responsibility for paying down school pension debt can matter a lot more than how lawmakers prioritize tax revenue from fuel sales.

Lawmakers can increase road funding without raising taxes or even reducing education spending. As with other budget decisions, it’s just a matter of prioritizing revenues. The state’s current budget debate is not about cuts, but about how quickly to spend more on the issues lawmakers care about.