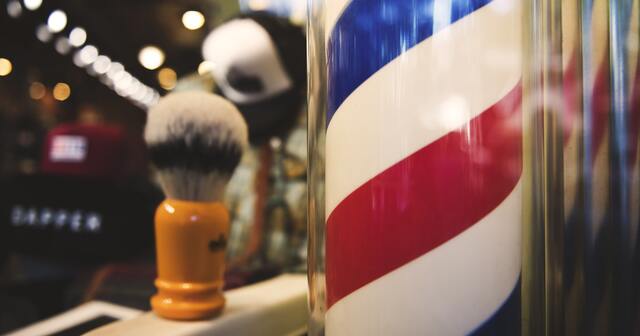 Illegal barbers are everywhere, but the state targets just one for fines and potential jail time

Karl Manke, a barber in Owosso, openly defied Gov. Gretchen Whitmer’s executive orders by reopening his shop and continuing to serve customers. In response, he’s been threatened with penalties by the state attorney general and had his state license suspended.

The 77-year-old Manke said he tried getting benefits through the state’s unemployment office but got no response. His business is the source of his livelihood, and it cannot survive much longer under the state’s lockdown on barbers. He understands that he is exposing himself to risk but believes he must reopen the shop to support himself.

In response, local law enforcement has charged him with two misdemeanors for continuing to run his business, and Attorney General Dana Nessel said on the radio, "There are things that I think will be made public at a later time that people probably don't know about Mr. Manke and I'm hoping we'll have a court hearing where some of that will be made public.” According to his lawyer, the barber also faces a fine of $1,000 and one year in jail for each haircut.

Although Manke has received extensive attention for illegally offering barbering services during the state lockdown, there are countless other Michiganders who have violated the state’s barbering law as well. As Michigan Capitol Confidential previously reported:

You’re breaking the law if you cut the hair of another person in Michigan without the government’s permission, even if it’s for a friend or family member, and even if there’s no charge. An aunt cutting her nephew’s hair? Illegal. A girlfriend giving her boyfriend a trim? Not allowed. And teenage girls giving each other manicures? They’re all committing misdemeanor crimes under Michigan law.

That’s according to the state statutes imposing licensure requirements on barbers and cosmetologists. The law states, “An individual shall not perform any form of cosmetology services, with or without compensation, on any individual other than a member of his or her immediate family without a license under this article.”

The governor has not issued an executive order to temporarily suspend this requirement. No doubt thousands of Michiganders have violated this state law during these last couple of months. The state cannot possibly enforce all their activity, which is why the only illegal barber the state found is the one who made headlines.

This episode highlights the limitation of licensing laws. These state requirements do very little to protect public health and safety, which is why in times of emergencies, government officials have brushed them aside or just ignored them altogether.