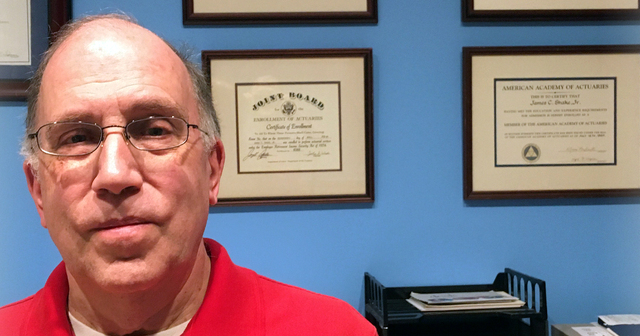 MIDLAND, Mich. — The United Auto Workers demanded that its employees fund a fake union and threatened to fire workers who didn’t pay, a former UAW employee alleges in a new lawsuit filed by the Mackinac Center Legal Foundation.

Jim Shake was an actuary at the UAW headquarters in Detroit for a decade. Beginning in 2014, the union forced him to contribute to “Local X” — supposedly a local union representing UAW employees. But Shake and MCLF attorneys can find no record that this entity exists.

“After initially refusing to contribute to the union and informing a manager that Michigan is a right-to-work state, my job was then threatened,” said Shake. “I paid the dues, but then found out there was no actual union — nobody was representing me. I believe this was a fake union set up to withhold dues as part of a kickback scam.”

During his tenure at the UAW, Shake never witnessed any meetings, contract negotiations, employee representation or anything else signaling that he received union representation through UAW’s Local X. The MCLF has researched a multitude of federal labor filings, IRS returns, National Labor Relations Board records and more, and can find no record of the mysterious Local X, by that or any other name.

“The UAW claims to represent worker’s interests. Yet, if that were the case, Jim would not have such difficulty determining if he were actually receiving any benefits from the money he’s paid them,” said Derk Wilcox, senior attorney at the MCLF. "It's a shame, with all the legal trouble the UAW has had recently, to see that they defrauded their own employees."

Shake is now retired, but over several years he paid more than $7,500 in dues to this mysterious local union. Other employees of the UAW were also forced to contribute funds, so the total amount the UAW may have collected remains unknown. By taking this issue to the courts, the MCLF hopes to shed light on the corrupt underbelly of this UAW scheme and prevent other employees from experiencing similar abuse.

See more information and the case documents at www.mackinac.org/UAW.