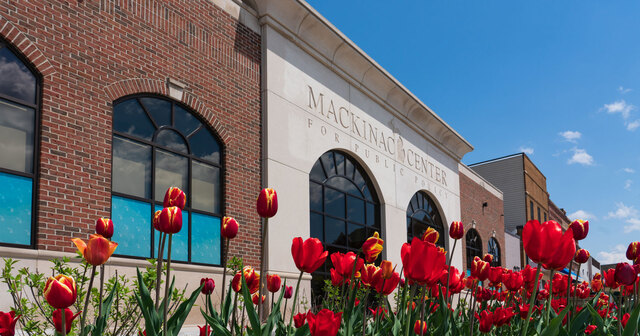 Mackinac Center Once Again Among Top Think Tanks in the Country

MIDLAND, Mich. — The Mackinac Center for Public Policy is ranked among the top 5 percent of think tanks in the nation, according to the latest Global Go to Think Tank Index Report. The Center is listed as the 83rd most influential think tank out of 2,203 such organizations in the United States. The index includes organizations with viewpoints that span the entire political spectrum and university-affiliated think tanks.

The report, produced by the Think Tanks and Civil Societies Program of the Lauder Institute at the University of Pennsylvania, examines 11,175 think tanks worldwide. Highly ranked organizations in the index “excel in research, analysis, and public engagement on a wide range of policy issues with the aim of advancing debate, facilitating cooperation between relevant actors, maintaining public support and funding, and improving the overall quality of life in the United States.”

To be considered, think tanks must go through a nominating process before being ranked by peers and experts. Finalists then participate in a final selection process with members of an expert panel. Since its founding in 1987, the nonpartisan Mackinac Center has been a champion for liberty and a voice of sound economic policy. Through its work in advancing the principles of free markets and limited government, the Center is responsible for numerous policy changes that have helped improve the quality of life in Michigan.

The Center engages in policy issues of interest to current politicians, but also strives to introduce new ideas for policymakers to consider in the future. These new ideas stretch the Overton Window of political possibilities, a concept that was developed by the Mackinac Center. In addition to its policy staff, the Center also has a distinguished Board of Scholars, which includes faculty from the University of Michigan, Hillsdale College, George Mason University and many more. The Board also includes professional economists, attorneys and other specialists.

“We’re proud to rank among the top five percent of U.S. think tanks,” said Joseph G. Lehman, president of the Mackinac Center. “We have always striven to be a reliable and influential source of research and analysis for Michigan policymakers, journalists and educators. We look forward to continuing our work on sound policy solutions throughout this next year and beyond.”