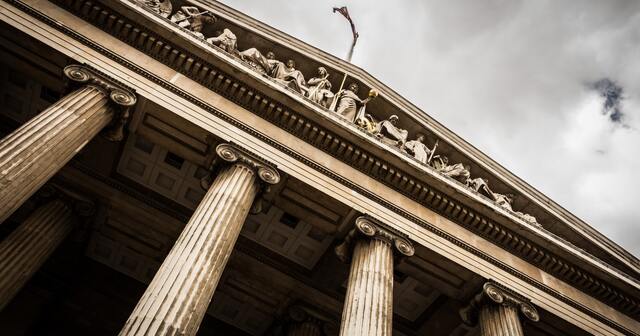 The brief was filed in the Belgau v. Inslee case at the U.S. Supreme Court

MIDLAND, Mich. — In an effort to ensure the protection of public workers’ First Amendment rights, the Mackinac Center Legal Foundation filed an amicus brief to the U.S. Supreme Court in the Belgau v. Inslee case. The Center requested that the Supreme Court hear the case and hold that the high court’s 2018 ruling in Janus v. AFSCME requires public employees to sign a waiver of First Amendment rights before their money can be provided to a union.

The brief compares Michigan’s experience in the years following the 2012 passage of the state’s right-to-work law to the national membership trends since the Janus decision. Overall, the state saw fairly significant declines in government union membership. In the eight years since right to work became effective, state employee unions saw membership rates drop from 93.3% to 75.6%, according to Michigan Civil Service Commission reports. Membership in the Michigan Education Association was down 29.2%, while AFT-Michigan saw its membership decline by 23% and AFSCME Local Council 25’s membership fell by 35.7%.

The U.S. Supreme Court indicated that there may be “unpleasant transition costs” in the wake of the Janus decision, as unions “make adjustments in order to attract and retain members.” But these costs should not be an excuse to trap employees into paying unconstitutional fees.

“In Michigan and other states across the country, various groups have taken positive steps to ensure that public workers are informed of their constitutional rights despite union obstacles,” said Patrick J. Wright, vice president for legal affairs at the Mackinac Center. “Still, the Supreme Court should make certain that its holding, which in this case requires a waiver before unions can extract payments, is not thwarted by unions or obstinate state legislatures.”

The Mackinac Center’s Worker for Opportunity initiative has worked in states across the country to inform public employees of their rights. You can learn more about that work here.

You can read the complete amicus brief here.