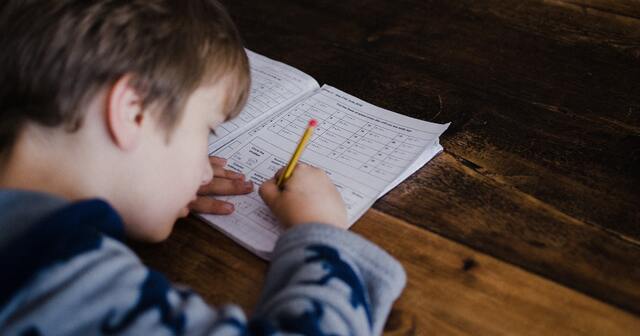 Federal officials recently upset Michigan’s education chief by turning down a request to skip standardized tests for a second straight year. Students in grades three through eight throughout the state have begun taking the M-STEP and 11th graders are taking the Michigan Merit Examination again after last year’s hiatus, contrary to State Superintendent Michael Rice’s hopes.

While the state’s testing system is less than perfect, especially as administered this year, the value of preserving a long-term picture of school and student performance justifies administering them this year.

In response to the U.S. Department of Education’s waiver denial, Rice fell back on the state’s earlier decision to require districts give out one of several different national benchmark assessments to track student progress in reading and math. The latter subject especially poses an added challenge for thousands of students with limited or no access to in-person classrooms. More parents are understandably ill-equipped to offer help with newer, unfamiliar math curricula.

Rice argued against the federal department’s decision by noting that benchmark tests “would be more beneficial in providing parents and educators with the knowledge of where children are academically and to help target resources and supports as a result.” That comparative statement is true as far as it goes. But it’s far more effective as an argument for benchmark tests than against state standardized tests.

The priority for Lansing lawmakers should be to ensure that benchmark test results for individual children be collected and reported to parents and teachers to inform decisions that can boost student learning. Standardized test results should supplement this information and allow state and school leaders to assess how individual schools and classrooms are performing overall. This is especially important considering the variety of instructional delivery methods districts used during this pandemic year. While benchmark assessments play a valuable role in providing a short-term picture of student growth, M-STEP and MME connect the results to a broader picture of academic performance.

Challenges exist in providing a clear picture. Schools are not obligated to compel remote-learning students to come to campus just to take standardized tests. Federal officials excused schools from the requirement that 95% of their students take the test. That provision is designed to limit schools’ ability to game tests by disproportionately excluding low-performing students from their results. Civil rights organizations particularly want to keep the light shining on achievement for students from different backgrounds.

Yes, standardized testing has weaknesses and limitations. It is generally a blunt instrument for measuring how much a student knows in a given subject. But it also enables state and school officials to identify important achievement trends that can inform policy decisions. Cutting out M-STEP for one year created an unfortunate gap in the data, but one that can be overcome.

Skipping two years in a row, though, would obscure the performance of Michigan schools for a much longer span, even as a year of COVID has derailed learning for many students. The U.S. Department of Education has already made the justifiable decision to pause accountability sanctions for 2021, but canceling this year’s test would undermine data used to identify and address future concerns about school performance.

Testing and accountability systems, imperfect as they are, exist because Michigan has entrusted government agencies with the responsibility of spending billions of taxpayer dollars to help students advance their education. If the state were to entrust the lion’s share of funding to families to make schooling decisions, then it would make sense to re-evaluate the basic structures of educational accountability.

Until then, the state should leave in place the tools that help reveal which schools are succeeding at their core mission, even in the midst of a pandemic.