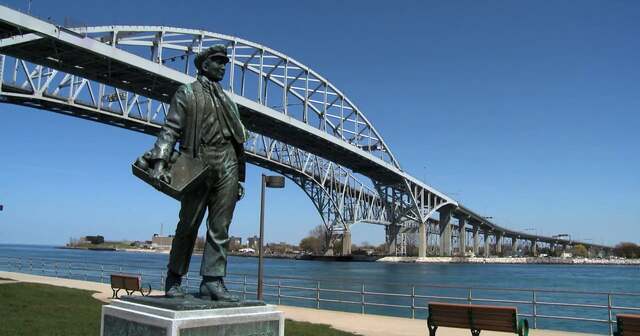 Local Governments Are Not in Debt Because of Less Revenue Sharing

It's time to address unfunded liabilities

The largest problem facing local governments is the amount of debt they have for workers in retirement. The debt comes in two forms: pension liabilities and government-funded medical insurance. The political debate is how to solve the debt problem.

Local governments can stop racking up pension debt by shifting their employees to 401(k) retirement plans as soon as possible. Doing so would stop them from passing along the costs for their current workers onto tomorrow’s taxpayers. Oakland County, and many other municipalities, have gone this route and are more solvent and able to pay for other government services because of it.

Paying retired employees’ health insurance is a looming problem. According to a recent analysis from the state Treasury Department, 175 out of the 367 public entities offering retiree health care have not set aside any money to pay for it. If government managers are not careful, the costs for both pensions and retiree health insurance can crowd out the resources they can devote to current services.

Legislators recently took testimony about this issue. While everyone agrees that it is a problem, some politicians and union officials are blaming it on the state for being stingy in its payments to local governments. Gongwer News Service recently covered a hearing in the House Local Government Committee, where Rep. Jeremy Moss, D-Southfield, put the blame mostly on the state.

Port Huron City Manager James Freed testified about his city’s problems with spiking liabilities. When asked about revenue sharing, he said it doesn’t explain much of the problem. However, he said, “It has had a significant impact.”

Contrary to assertions from legislators and unions, the evidence shows that state revenue sharing has little to do with the financial problems in Port Huron.

In other words, the city has gained more than $100 million in debt since the high point of revenue sharing. So that “missing” $6 million in revenue sharing would take care of a very small part of the problem. (The city of Lansing provides a similar lesson.)

Local governments would always like to have more money from the state. But that’s not the real problem. The problem is that municipalities have made promises they are pushing off onto future taxpayers. These problems are self-inflicted and, because there is no right to retiree health care, local managers already have the tools necessary to fix them.

The state can help local governments, taxpayers and city workers in one way that doesn’t require any extra revenue sharing: Require local governments to pay what they promise. Legislators should require salary freezes at the local level until pension and retiree health insurance is fully funded. That’s the best way to ensure benefits for public workers are protected.