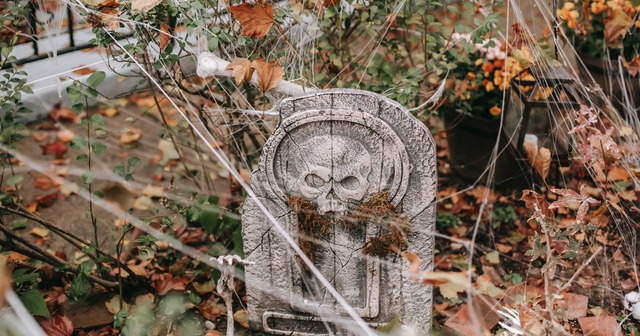 As a teen and young adult, I had a guilty pleasure of watching cheesy, B-grade horror movies. I watched them more for the humor value and to pick apart the many plot and production flaws than for their cinematic quality.

One key plot feature of each of those flicks was that screen writers regularly struggled to give the villain an interesting back story. These villains were seemingly always a misunderstood genius, the victim of a long unrequited love or some equally tragic circumstance. A second feature of these villains was that, no matter how many times the good guys fought them off, they’d always manage to spring back onto the scene, ready to wreak havoc or seek revenge.

I don’t watch those movies as much as I used to, mostly because my wife hates them. But that’s okay, because I’ve learned that I can get the same sort of cheesy back stories and the endless, reappearance of long dead ideas by following the Michigan Legislature.

I’m guessing that some of Michigan’s lawmakers might have the same penchant for these type of horror flicks, because they seem to follow very similar storylines as they repeatedly resurrect bills that should be left to rest in peace. An excellent example is the attempt to advance yet another bill that would allow the banning of single-use plastic bags.

Just like the horror movie screenwriters, legislators strive to provide a good story to explain why they keep calling these bills back from the grave. They scare voters with grim tales of untold environmental damage brought on by the use of unsustainable petroleum products. They offer up foreboding prognostications of the untimely ends of societies that dare to use a plastic bag only once.

For example, ban supporters often point to the challenge of marine plastic pollution and raise frightening, but completely unverifiable claims like, “there will be more plastic in the ocean than fish by 2050.” But just like in the movies, the back stories and justifications have holes in both plot and production.

This year, HB 4157 is once again trying to resuscitate the ban effort. This bill would repeal a state law that preempts any municipal government efforts to ban, or impose taxes or fees on single-use bags or other “auxiliary containers.” Last year, SB 975 did the same, as did HB 4500 in 2019, and HB 5871 in 2018. In 2016, HB 5962 took the more direct approach of attempting to ban the use of plastic grocery and carry-out bags entirely.

When the above-noted state preemption law — Public Act 389 of 2016 — was passed, there were also several attempts to amend and weaken the bill by allowing municipal governments to keep existing bans, to allow local governments to vote for additional bans and to allow for a 20-month implementation period when instituting a ban.

The Mackinac Center has maintained a consistent stance against the repeated attempt to resuscitate plastic bag bans.

It is a mistake to think that these bans will stop at single-use plastic bags. In fact, past efforts to repeal the 2016 law would have opened up retailers to bans or taxes on cloth and paper bags, as well as cardboard, aluminum, glass, or other “auxiliary containers.”

Many governments rescinded their bans on single-use containers for public health reasons during the early days of the COVID-19 pandemic. Although we now know that coronavirus is unlikely to be transmitted via food or food packaging, initial concerns about that as a possible transmission vector discouraged reusable bags.

Despite that reassurance, reusable bags are still known to be repositories for bacteria, such as E. coli. if they are not regularly sanitized. It makes little sense to ban products that can reduce exposure to additional health hazards while we are still working our way toward herd immunity to the coronavirus.

Additionally, when one accounts for the fact that reusable bags are made from more durable materials, such as heavier plastics, paper or fabrics, as well as the energy and cleaning products needed to clean or sanitize reusable bags, the argument that one is reducing overall energy or resource use by choosing reusable bags becomes, at best, murky.

Furthermore, it’s not actually clear that switching to reusable options even reduces overall use of plastic bags. A 2019 Greenpeace report, “Checking Out on Plastics II” critiqued as “inadequate,” the U.K.’s “bags for life” program, which promoted heavier-weight, multiple-use plastic bags. The report estimated that over 1.5 billion bags for life were sold in 2019, equating to “approximately 54 bags for life per household in the UK.” Greenpeace lamented the fact that customers appeared to be simply “swapping” single-use bags with the heavier, multiuse bags and recommended that stores discourage their use by selling the bags at a minimum price of 70p (~ $1) each.

Research published in the journal “Environmental Science & Technology” has also made it clear that American bans on plastic bags in particular are unlikely to have a significant impact on marine plastic pollution. This research explained that “the 10 top-ranked rivers” that were highlighted as problem sources for mismanaged plastic waste across the planet “transport 88-95% of the global load [of river-borne plastic waste] into the sea.” The supporting information for the report indicated that eight of these top 10 rivers are in Asia and the other two are in Africa.

Many unquestioningly accept the notion that we must wait for government regulators to publish the latest list of acceptable options before we are capable of acting on an environmental issue. However, the people of Michigan are fully capable of determining for themselves how to best move their groceries and supplies from stores to their homes, and can do so while simultaneously considering how their choices may impact the environment.

Plus, private businesses, which must respond to the demands of their customers, are better suited to finding cost effective and innovative solutions that will lower the environmental impacts of grocery and retail shopping.

It’s time for Michigan’s mayors, city or township councilors, state legislators, and regulators to recognize that Michigan residents are capable of making these choices on their own. It’s finally time to end this franchise of zombie-like mandates and restrictions and let them rest in peace.