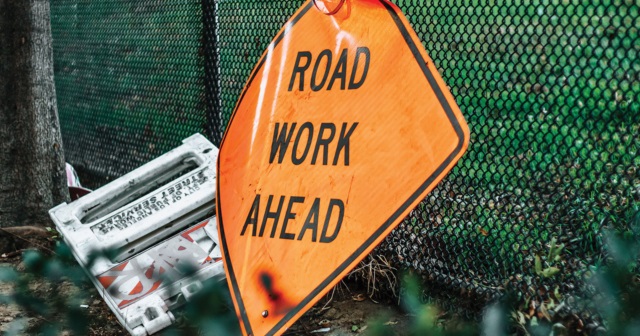 Michigan residents might be confused about why the state spends less on road funding, even though it elected a governor whose primary campaign promise was to fix the roads.

Lawmakers had regularly increased road funding before her administration began. Spending on road funding, excluding federal transfers, increased from $2.0 billion to $3.6 billion between fiscal years 2010-11 and 2018-19, a 62% increase when adjusted for inflation. Part of the increase came from a $600 million tax hike in 2015.

This took the state to historically high levels of road funding, surpassing the previous peak in the ‘70s.

But since Gov. Gretchen Whitmer came into office in January 2019, road funding has decreased $43 million.

The state is spending more, though not on roads. Schools get $653 million more than they got in fiscal year 2018-19. The Department of Health Human Services gets $554 million more, partially because there are more people covered by Medicaid in the pandemic. Michigan took a year off from its taxpayer-paid tourism advertising program, and reinstating it is more of a priority in the eyes of lawmakers than increasing road funding.

The governor even vetoed extra road funding in her first budget. Her insistence that road funding be linked to a tax hike meant that she was unwilling to increase spending by using the growth of state revenue, which is where most increases have come from in the recent past. For the governor, it seems, taxpayers who want more road funding must pay higher taxes.

The governor may claim that she is improving road conditions by taking the state further into debt. She’s borrowed $800 million for roads already and has given herself permission to borrow another $2.7 billion. These debts get paid off with vehicle registration tax money and fuel tax money that would otherwise go to road repairs, and they add interest costs. Going into debt means there is less road funding over the long term: The state agreed to pay $565 million in interest for the first chunk of debt, money that will go to bondholders rather than for road improvements.

The governor has the authority to issue road debts without the Legislature, but she probably shouldn’t have been given that power. Debt issuance ought to be subject to legislative approval, just like budgets are. There have been bills introduced and passed by the Senate to limit this authority, but it’s unlikely that the governor will approve them.

New borrowing should also be subject to existing constitutional restraints. Article IX, Section 15 of the state constitution prohibits the state from adding debt without the consent of a two-thirds vote in each legislative chamber, followed by voters’ approval. But courts have said this applies only to general obligation debts, which are debts guaranteed by the state taxpayer. Bonds for road projects do not carry that protection, so they can be issued without legislative supermajorities and voter approval.

Debts don’t ensure that roads are put together faster than they fall apart, but they do prioritize fixes now, at the expense of future repairs and interest payments. Michigan’s Transportation Asset Management Council says that road quality will remain around the same in the future, so the new debts may trade better roads sooner for worse roads later.

Michigan and its local governments own the roads and should keep them in good working order. Lawmakers had been making roads a priority in recent years, and funding for them had been at historic highs recently. But the state’s road-funding governor decreased state road funding. She should reconsider her stance that

tax hikes and debt are the way to finance road improvements and let the growing state budget drive up the road repair budget.